"Arsenic and Old Lace"; A note about moviegoer expectations and Hollywood 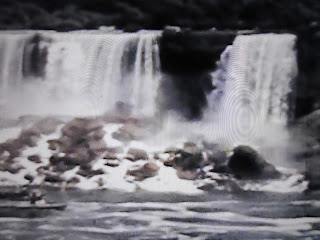 The Washington Post “Sunday Style” on Feb. 5, 2012, ran an article by Ann Hornaday, “Dear Moviegoers, Get a Grip”, which is well worth a read, here. Theater owners have been concerned about moviegoer behavior (I’ve commented on that several times here before), and some moviegoers seem easily upset by non-linear films (like “The Tree of Life”, June 3, 2011 here) or even some kinds of musical or strobe effects. And Hollywood, needing its cash cows, has fed the habit with remakes and sequels – and then “attacked” its customers in the piracy battle.
Today, I watched a rented DVD of the classic “Arsenic and Old Lace” (1944, Warner Bros.), directed by Frank Capra.  During WWII and times of gasoline rationing, movies really were an escape, as this comedy, adapted from the Broadway stage play by Joseph Kesselring, seems far from the world.  It is a movie about itself, a meta-movie.
The film opens in Ebbets Field, and then says the real world is across the East River.
The hero, Mortimer Brewster [Cary Grant], a journalist, has made his reputation for books attacking marriage and raving the jobs of heterosexual bachelorhood.  (It’s ironic to watch this movie on the day that Proposition 8 in California was dealt a major legal blow.)  On the day he gets married (Priscilla Lane), though, he pays a visit to his aunts’ Brooklyn apartment, accidentally discovers that they (Josephine Hull and Jean Adair) have been murdering other old bachelors for their own good and leaving corpses around.  But his supposed younger brother, Teddy  (John Alexander) has delusions that he is President Teddy Roosevelt (not FDR).  To “protect” his “family”, Mortimer schemes to put Teddy in a nursing home (which already has too many Teddy impersonators). When the police, and other insane brothers show up (looking like ghosts), Mortimer protects himself by pretending he is rehearsing his own play in the house.  All before a Niagara Falls honeymoon.
Posted by Bill Boushka at 6:53 PM