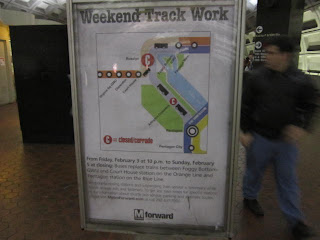 The documentary “Addiction Incorporated” shows that you can tell an interesting story about an issue by mostly having the main players talk, with some shots of the locales and even a little humorous animation.  So it doesn’t have to be too hard to make a documentary if you really want to.
Charles Evans, Jr. directs the story of scientist Victor DeNoble in “Addiction Incorporated”, which becomes the story of how the tide turned on the tobacco industry.  The distributors say that the movie tells “the true story of the tobacco companies’ commitment to addicting the human brain, and how the world came to know about it.”
DeNoble grew up in a blue collar family in Valley Stream, LI, NY (oddly, that’s the town in the NYC area our family visited in the 1950s – I remember my fascination with self-propelled train cars on the LIRR).  In community college, he was found to be dyslexic, but with modest help overcame his learning difficulties and went on to do doctoral work. He was almost “drafted” to come to Richmond, VA and around 1981 work for Philip Morris to design an “addictive compound” similar to nicotine that wouldn’t destroy people’s hearts and blood vessels.  (There’s a saying that heavy smoking makes you go bald in the legs.)  As I watched the early scenes in the secretive culture of tobacco, I felt rather disgusted by the whole haggard community. Remember the TV ad, "Call for Philip Morris!"
In time the tables turned, as DeNoble began to find that this could not be done.  The tobacco industry was determined not to let adverse studies get published, and DeNoble found himself in a bind, having signed a lifetime confidentiality agreement.  ABC did a story, which led to a $10 billion libel lawsuit by the tobacco companies.  But in time Congress got involved, with Waxman’s hearings.  Eventually, during the Clinton years, many states sued the tobacco industry. Even so, ABC had to retreat from airing what it knew, but the New York Times finally broke the story to the public.
DeNoble would eventually spend much of his time teaching high school students to avoid tobacco and drug abuse.
Scientifically, one of the interesting points is that nicotine (and its chemical relatives) does meet the definition of what the FDA normally controls.
One could say that the film shows how the course or curve of a whole life can change with time and public perception.   But it also shows how difficult it is to “find oneself” if one is beholden to “the corporate state”.
Even in my own thinking, I regarded having a tobacco company as an employer on a resume as a bad thing, and said so in my 1997 book.  But during my first job, in 1970, many managers smoked heavily at work.  On a budget airline to Europe in 1972, the entire cabin allowed smoking, and it was horrible.  My own father smoked until his “mild” heart attack at age 59 in 1962, and he had no trouble quitting. But I remember wrapping a Christmas present of cigarettes back around 1954 or so. I have never smoked, not even one cigarette.  (I have tried about three marijuana joints in my life.)
The production companies are Dune Road and “A cappella”, and the distributor is Variance. The site is here.
The film is playing at Landmark E Street in Washington DC.  The 5:30 PM show was lightly attended.  I went before the Metro partial shutdown. 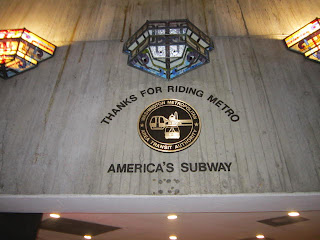 The film bears comparison with Disney’s much larger 1999 film “The Insider” (Michael Mann) where Russell Crowe plays Jeffrey Wigand, a scientist also caught in the addiction game working for Brown and Williamson.  The film invented the phrase “tortious interference”.  That film also explored some of the corporate and personal moral questions, but at the time the litigation was much fresher.

Also, remember "Thank You for Smoking" (2006, dir. David O. Sachs) where Aaron Eckhart plays Nick Naylor, the  tobacco lobbyist, hired to try to get Hollywood to show smoking in movies again, and who (when he wavers because of the influence of young cancer patients)  gets kidnapped by the industry minions and has nicotine patches stuck on his body, simulating the electrocardiographic stress test and intending to do damage.

Another small film of note was "Bright Leaves" (2003, First Run Films, Homemade Films, Ross McElwee)  is a documentary about the tobacco industry in North Carolina, with an excerpt from the 1950 film "Bright Leaf" with Gary Cooper.
Posted by Bill Boushka at 7:17 PM