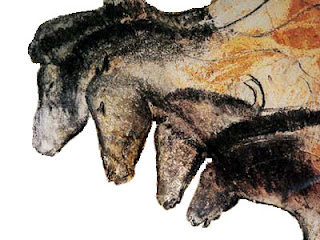 Werner Herzog, with very gentle “sotto voce” narrates his stunning documentary “Cave of Forgotten Dreams”, examining the implications of pictographs and artwork found in caves (the Chauvet Cave) in the Provence Region, in an area of rolling plateaus, steep cliffs and river banks, in southern France.

The cave had been sealed off accidentally by rock slides, and was discovered in 1994. The artwork appears to date back about 32000 years, and contains probably the earliest artwork and even musical instruments (including a pentatonic flute) ever found. The people used the caves only for ceremonial purposes. At one point, the explorers follow thumbprints back into the cave to follow the movements of a typical hunter. These were true “homo sapiens”, not Neanderthals, who lived in the area and who might have been able to interbreed.

The photography has very muted colors, necessary inside the cave (where access is so strictly controlled and not open to the public), but the technique continued outside, giving the French countryside a rather extraterrestrial look.

The film, produced by Creative Differences and the History Channel, has DVD distribution by IFC. It also showed at the Toronto Film Festival (2010).

The official site is here. The theatrical release was available in 3-D. 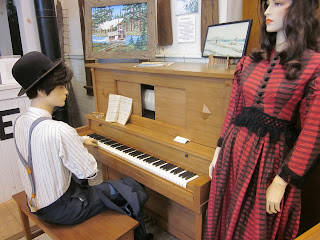 The DVD has an expansive 38-minute short “Ode to the Dawn of Man”, which demonstrates the rehearsals for the music of the film, composed by Ernst Reijseger. The music, with a chamber group including keyboards, chamber orchestra, and wordless chorus, tends to emphasize ground bass (in 2/4 time) with many variations. The composer’s wife often rehearses with the baby in her lap, and in a sense at the end of the film, the baby plays some notes on the piano, one at a time, while Mom plays an atonal, 12-tone theme (rather odd effect). That is an interesting concept in teaching a 1-year-old music. 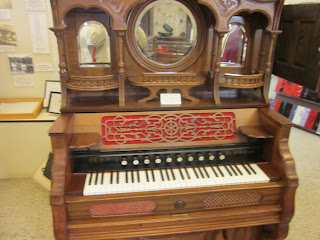 Can babies learn to play instruments this young? Does anyone know?

Another interesting sidelight is the keyboard artist, youthful-looking Dutch artist Harmen Fraanje (link), who sometimes conducts, but usually plays both the upright piano (keys exposed) and tracker Wurlitzer organ, arranged in a perpendicular manner so he can play one with each hand simultaneously.

Wikipedia attribution link for Chauvet Cave picture. Other pictures, mine, from northern MN.

Oscar nominees for 2012 ceremony are here. There are nine nominees for Best Picture.
Posted by Bill Boushka at 9:01 PM