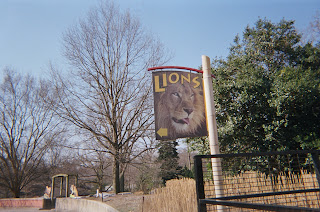 When I was working in I.T. for three decades, when things got flaky we’d say “what a zoo” about our workplace.
So I chuckled a bit at the title of Cameron Crowe’s Christmas film for Fox, “We Bought a Zoo”.  Indeed, the seven-year old girl Rosie Mee (Maggie Elizabeth Jones) screams that out at least twice. 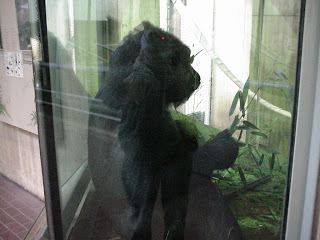 The plot sounds a bit simplistic, and adds to opportunities to screenwriting urgencies.  But it’s supposed to be based on a true story based on Benjamin Mee’s non-fiction book.
Benjamin is played by Matt Damon, whose face now betrays an age of forty even if his body doesn’t. 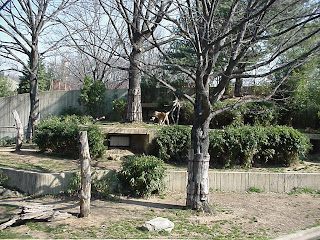 Recently, he’s lost his wife, probably to cancer. His teen son Dylan (Colin Ford) has gotten expelled from school and is obsessed with drawing dark images of horror.  Fortunately, Ben was left well off by his wife’s life insurance and other assets. He can afford to quit his job as a reporter.  He says that a journalist “observes and watches” but he wants a “real adventure”.
He buys an old house and estate in the southern California canyon country, somewhere around San Bernadino, (The real life Dartmoor zoo is in England, link here). The realtor advises him almost in passing that there is a closed zoo and complete staff that comes with it. Benjamin takes up the challenge and seems to have infinite resources from the estate.
Scarlet Johnasson plays the staff zookeeper Kelly, and it’s not hard to predict  other opportunities she could give Ben to resume his life and family later.  But the PG film remains quite restrained on that point.
The reason to see this film, for my money, is the animals themselves.  A friendship with an elderly tiger redeems the teenage son.  Benjamin is sincere about wanting to give the animals much more freedom and living room.  The film says that lions and tigers are different – but genetically they’re almost the same, and can actually mate.  Big cats (and big bears) can be a lot like us.
The film is shot in a “mere” standard 1.81:1; I think it could have used the wider screen (especially coming from the studio that invented CinemaScope).
The official site from 20th Century Fox is here.
The “Celebrity Baby Blog” describes Matt Damon’s own experience with fatherhood, marrying into it, here.
Damon has been active in some international environmental work, especially about clean water in developing countries. One can see that this film appealed to him more now than it might have in the past.
Fox preceded the feature with a two-minute cartoon short, “Scrat Continental Crack-Up”, yup, indirectly about global warming.
Pictures: From the Washington DC zoo, March, 2007.
Posted by Bill Boushka at 2:36 PM