"Sherlock Holmes: A Game of Shadows": great entertainment, and a pre-history of what caused World War I (and everything since) 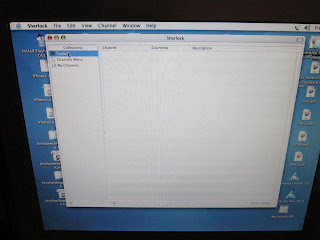 Movies are supposed to take you into a different world, and the “sequel” (number II), “Sherlock Holmes: A Game of Shadows” does just that, demonstrating with presto-moving images the opportunities provided by technology of the 1890s in England and France.  It garners effectiveness from Hans Zimmer’s orchestral score, somewhat reminiscent of “Inception”; here, he treats us to a pacing 2/4 march (almost like the “Tom Thumb March” from the John Thompson piano course), working in some Richard Strauss, and in one embedded opera scene, the climax of Mozart’s Don Giovanni, which comes out as so brutally effective (see April 9, 2011 here for a review of the film of the opera).
The plot is politically important, too.  Warmongering “Professor” James Moriarty (Jared Harris)  makes his fortune setting up a military-industrial complex, then setting off incidents so that the great powers will go to war and buy his munitions.   (His quote, “people have an innate desire for conflict.”) This is terrorism for profit, as a business.  He’s even trying to set up a major assassination at a summit in Switzerland.  We all know that about 25 years later, he would get his wish, and World War I would ignite.  Sherlock (Robert Downey Jr.) is his enemy, and he has targeted a gypsy Sim (Noomi Rapace) because her brother had worked with Holmes.
Early in the film, Dr. Watson (Jude Law) marries Mary (Kelly Reilly), in a bucolic countrified scene that comprises somewhat less than the royal treatment offered William and Catherine.  The relationship of affection between Sherlock and Watson continues, however; and in the chase scenes – especially on the train – there is some “accidental” (in one place, quite graphic) intimacy .  Watson has made himself into the “marrying kind” with an eye to occasional initiation.
Technically, the film runs non-stop with well-imagined events and quick shots.  At the summit, Watson plays a chess game with Moriarty, who opens as White with “1 P-QB4” (the English Opening).  Pretty soon, they are calling out moves to each other;  Holmes, as Black (playing a reversed Sicilian, maybe)  plays a queen sacrifice and pulls off a tricky brilliancy for a checkmate, the game ending on a discovered check.  (Remember the chess game in the first Harry Potter movie?)
I saw this on a free pass in a smaller auditorium at the Regal in Arlington VA, but the technical problems had been fixed: the surround sound was working right again, and the projection was perfect.   If you can find it in a big auditorium with digital projection, see it there.  Regal, by the way, has an ad to encourage in-theater experiences: “Go Big or Go Home” with an image of a miniaturized flatscreen TV.
Hollywood threw its corporate biggest to make this film: Warner Brothers, Village Roadshow (actually an Australian company) and Legendary, directed by Guy Ritchie.  I didn't see a budget on IMDB, must have been at least $150 million.  Filming was done in the UK, France and Switzerland, and postprocessing in the UK.
Is it time for another visit to England?
The official site is here.
Posted by Bill Boushka at 8:11 AM