"Release" is another curious UK film from Flaxstone, is all over the map with prison, the Catholic church, and the "priest problem" 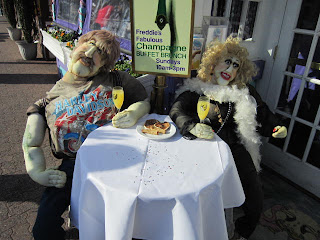 Another gritty British drama from Darren Flaxstone and Christian Martin poses a “what if” question as a troubled priest approaches his day of release from a roughshod prison in Bristol England. The film is titled, simply enough, "Release", a name which alone doesn't mean much.
Jack Gillie (Daniel Brocklebank) has a clandestine in-cell relationship with another guard Martin (Garry Summers) and has adjusted to the violence well enough to try to defend younger cell mate Rook (Wayne Virgo) from assaults by the other prisoners, who assume Jack’s imprisonment has to do with the recent priest scandals in the Catholic Church.  Jack is presented as lean, rather virile and in his own way attractive.
Jack relives his story in flashbacks, and in the middle of the film we see the peculiar tragedy (involving  a boy he thought he could aid) that led to his imprisonment.   As his release approaches, another elder of the Church (Dan Jones) scolds him not for his acts but simply for acting out on his homosexuality.  The cardinal makes a lot of the idea that the Church requires everyone to accept his own personal cross, which for some men will be difficulties with women.  Then just as the “Release” to the Outside world occurs, another tragedy strikes, literally from a cross.   We even get a glimpse of what a man experiences at death.
Catholicism in England is perhaps locally controversial; Andrew Sullivan has written about it a lot.
The official site (TLA Releasing) is here.  The film can be rented on YouTube for $3.99 and is available on DVD (but not streaming) from Netflix.
“Secret of the Rosary” Films offers two short films on YouTube,  the “Pastoral Care of Homosexual Persons”. They're not pleasant to listen to.
The notorious 1986 "objective disorder" phrase is "explained" and later "idolatry" is mentioned in textual analysis.  Bluntly speaking, the theology gets into (feminine) "self indulgence", denial of complementarity and the refusal to "give of oneself" and show willingness to create and bring up new life (children).  The Church imagines that God has mapped out everyone's purpose even if allowing Free Will.  Toward the end (the video has no change in visual image and the speaker talks in monotone), the material hints at the dangers of HIV.
Posted by Bill Boushka at 5:54 AM