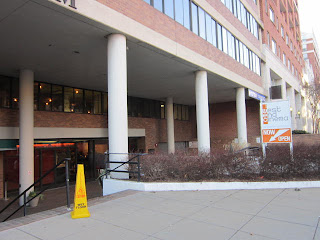 Saturday, January 28, 2012, the West End Cinema in Washington presented a showing of the documentary by Bob Hercules, “Joffrey: Mavericks of American Dance”, from Lakeview Films, narrated by Mandy Patinkin.
The 84-minute film was followed by a Q&A by Skype from New York (since the Internet broadcast appeared simultaneously in about 30 cities), with some questions submitted by Twitter.  There is another show at 11 AM Sunday Jan. 29 at this theater.  The theater is small (almost sold out today), and the digital sound and projection were much better than with some films shown there.
The ensemble originally was formed by Robert Joffrey (1930-1988) and Gerald Arpino (1923-2008) in New York in 1956.  They were life partners for a long time, and their social setup managed to remain acceptable for the times, and even avoid McCarthyism.  Joffrey was actually born to an Afghan father and Italian mother and the film shows historical footage of work in Afghanistan long before the current troubled history of the country.  For a time, the group was sponsored in large part by Rebekah Harkness, but had to start over after falling out.
The group lost members to the Vietnam era draft (and combat) and would later produce its version of the anti-war (based on the aftermath of WWI) ballet “The Green Table”. Another major accomplishment from the group was the futuristic “Astarte”.
Joffrey would die of AIDS in 1988, but Arpino would remain relatively healthy until shortly before his passing at 85.  The present day head is Ashley C. Wheater, who helped lead the Twitter forum.
One interesting aspect of the film was the physical appearance of the dancers, which for men is nearly always extremely athletic and virile.  One member talked about being 6 feet 6 inches and fitting in.  Members of the ballet had to master both classical and modern dance, which before Joffrey had not been commonly expected. 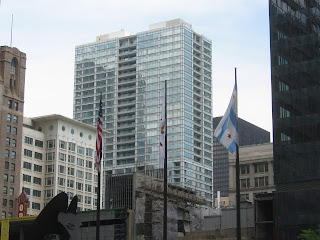 thanks for giving the film a mention Bill. I hope you liked the screening.

I was told this morning at church that it was also screened at the AFI Silver.

I'd certainly like to see more regular runs of films like this -- but maybe the big corporate distributors (even of indie films) have to be sold to.