"Exam": a "closed room experiment" leads to articulation of a curious proposal about longevity 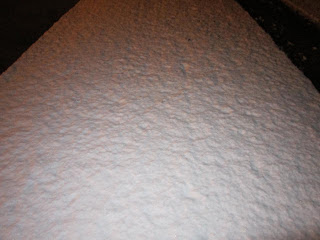 Okay, high school kids (or maybe college students), here’s a movie for you, “Exam”, from Stuart Hazeldine based on a story by Simon Garrity.  Or I could say, here’s a tight thriller for job applicants.
Actually, the situation, of putting some people (or just one person) into a mysterious enclosure and letting him (them) solve a puzzle has been tried before, as with “Fermat’s Room”  (reviewed April 19, 2009), or “The Interview” (1999), an Aussie film from Craig Monahan, a big hit at a Twin Cities film festival).
Eight job applicants report to a windowless room for the final “test” for a selection process for a mystery British company.  Supposedly they will sit for a written exam, and they’re told that they can’t leave the room, “soil” their own paper, or talk to the guard.   The invigilator  (that is, proctor) does talk up the life-changing benefits of joining such a superior “organization”.   Pretty soon they all notice there are no questions on the exam.  They’re not told they can’t work together.  Remember how in high school that students felt more comfortable doing projects “in groups”. 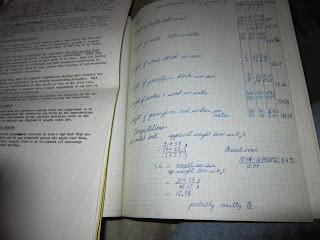 The characters have nicknames like those in a board game: Black, White (from chess), Brown, Dark, Blonde, Brunette.  One imagines Clue tokens.  They try some experiments that causes the lighting in the room to darken to ultraviolet and then infrared, giving this film, shot in 2.35:1, a contradictory closeted, minimalist look.  It seems to want to be a stage play.  The film had opened identifying each character and showing some mundane details of interview preparation.
In time, some possibilities come out of the woodwork. Some of the contestants might already be with the company.  And one of the contestants, the most articulate and aggressive (White, played by Luke Mably),, is infected with a deadly virus and requires an antidote. The company, which we learn is a pharmaceutical, not only manufactures the antiviral drug but has patented a way to extract from the virus (or antibodies related to it) gene therapy drugs (maybe augmented by nanotechnology, as per Michio Kaku and his “Physics of the Future”, books reviews,  May 23, 2011) to maintain the fountain of youth, maybe for everyone.  (The applicants, in their 20s, have been told they would work for 80 years.)  The company is on the verge of enormous profits.
I wondered at first if the virus was based on HIV, but it doesn’t sound like it. There’s no virus I know of that fits the profile in the fictitious movie.  Nevertheless, the irony, that a deadly virus could form the pharmaceutical basis of developing a potion that prolongs life almost indefinitely, is a fascinating one.  True, since the film was made, the mere act of experimenting with deadly viruses has drawn public criticism, as with the recent stories about an artificial H5N1 and the controversy over publishing the details.  It is true that infection by an innocuous virus can be therapeutic. For example, asthma patients sometimes find their symptoms lessen when they have a common cold, because the rhinovirus gives their immune cells something else to do.
The film lists IFC as the distributor, and has not had a theatrical release in the US.  I don’t know why it hasn’t.  Maybe the West End in Washington DC would look into it.  This film definitely should be offered in arthouse theaters.
I watched it in instant replay from Netflix on a reasonable sound system, and the schmaltzy score by Stephen Barton was impressive.  I had accidentally mailed in the DVD (the wrong one) and was lucky it was available on replay, so I watched it immediately yesterday.  (I don't have a quarrel with Netflix's recent "restructuring"; DVD's are starting to arrive damaged with scratches, and instant broadband playback is becoming the norm; you still pay for it, average of about $3 a movie.) It was a fortunate “mistake” because the “idea” (about the longevity cure) applies to my own novel.
IFC official site is here.
Posted by Bill Boushka at 6:45 AM