"Corman's World: Exploits of a Hollywood Rebel" traces Corman's record career with B-movies, indie film, and actually some real art film; he is "an artist" 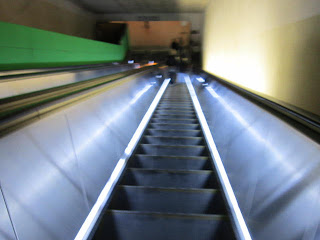 Alex Stapelton’s “Corman’s World: Exploits of a Hollywood Rebel” documents the career of director/producer Roger Corman who produced and/or directed more movies (almost 400) than any other person.  Perhaps he invented both the B-movie and the independent film. Now 85, he sounds as sharp as ever. He has the focused mind of a Jimmy Carter. (Imdb credits him with producing 398 movies and directing 56.)
Corman made an early alliance with the infamous American International Pictures, known for motorcycle movies (“The Wild Angels”), and then, after a falling out, founded New World Pictures.
The documentary shows a huge library of excerpts, which show how effective low budget carnage can be.  There interviews with many other Hollywood stars, including Robert De Niro, Jack Nicholson (who looks fat), and Eli Roth (“Hostel”), who looks cute.
Corman tried making some “quality” film with social statements, as in 1962 with “The Intruder” where a man  (William Shatner) tries to stir up reform in the segregated south – a precursor to the horrible disaster in Mississippi in 1964 with the three voting activists.  No one (including AIP) wanted this film at the time.
Corman also started importing foreign film, especially Ingmar Bergman, through his New World Pictures (for example, “Cries and Whispers”), because he had developed a way to market independent film with the business models of the day.
I saw this film at the West End Cinema.
The official site (Anchor Bay) is here.
Posted by Bill Boushka at 6:37 AM