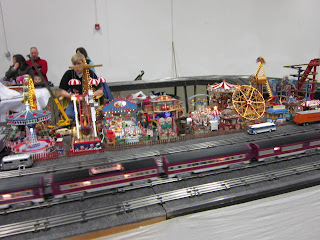 “Clapham Junction” is an interesting British gay drama, directed by Adrian Shergold, that plays like a Robert Altman film, or even like the film “5 Lines” about the DC Metro.  Over a period of about 36 hours, it traces the lives and interplay among several characters in south London, with a central event being a horrific slaying of a gay man in a London park.
The film was originally produced as British made-for-TV and ran 2 hours, and was condensed to about 100 minutes for DVD release on E-1 and Regent.  It may have played in some LGBT festivals. The concept is quite intriguing and some of the characters are quite compelling, but not all of them.  The film seems uneven, but that may be because of the cuts.  (Why not release the entire original?)
The opening of the film is interesting to me, as one of the characters is walking through a featureless tunnel, almost a metaphor for passing on.  That character, who is African American, does feel taunted, but he is more of a foreshadow for the main course of drama to follow.  The tunnel metaphor appears again a few time.
The main story begins with a gay wedding, or civil union (this is 2006 in Britain). It’s lavish, almost to the level of “Melancholia”, and even offers some music from the finale of Saint-Saens’s Organ Symphony (competition, it seems, for William and Catherine picking the music of Hubert Parry right before they tie the knot.)  The partners are Will (Richard Lintern) and Gavin (Stuart Bunce).  But Will gets distracted soon by a sudden fad for a handsome waiter Alfie (David Leon).  (“Alfie” was a famous British comedy in 1996, remade in 2004.) Alfie, unfortunately, will stumble into tragedy later.
Other subplots meander, however. The most important concerns a teen, Theo (Luke Treadway, 22 when the film was made, and definitely too “mature” now on imdb for the role), who takes a liking to thrity-something Tim (Joseph Mawle), making eye contact and later watching him from an apartment window. Trying to get away from his overprotective grandmother, he eventually visits Tim and begs for some personal attention, manipulating the older man quite cleverly.  It is definitely possible for adults to get into trouble with minors this way because the minor is “mature for his age” (as Theo is) and can manipulate him.  It’s also a difficult topic for film, as in the 2003 movie “Student Seduction” (reviewed here May 4, 2010), but it puts a different spin on the “Dateline Problem”.   This situation propels the film toward a big climax to supplement the tragedy that has already happened.
There is a dinner scene near the end where the grandmother asks why gays think they have a problem, “they” got their rights now, right?  Why can’t they just keep their ideas to themselves and leave “normal people” alone (so “normal people” can function without having to think about themselves)?  There’s another great line to the effect, “I don’t have kids because I’m gay”.
The music score uses Bach’s unaccompanied cello music a lot.
The film is quite explicit in a few places, and would probably get an NC-17 if shown in US theaters.   But I think we need films with real substance intended just for adults.  In this case, the explicit scenes are necessary to convey the entire meaning. I wonder if the full length version covers the questions about hate crimes against gays; it appears in this film that the perpetrators don’t get caught. One could otherwise compare this movie to films about Matthew Shepard (“Anatomy of a Hate Crime”, and “The Laramie Project” (plays blog, Dec. 17, 2010). This film should have become better known than it is.
The actual location in London has a site here. The area was apparently affect by flash mobs during the looting crisis in 2011. 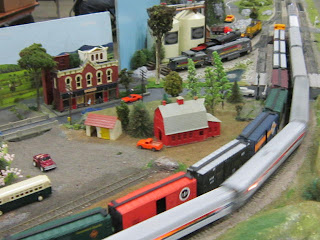