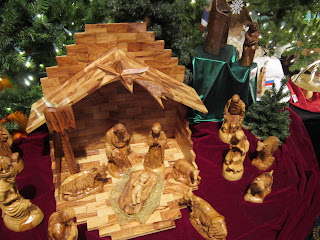 Steven Spielberg’s latest film, “War House” (Touchstone and Dreamworks) is a period epic, leading to World War I, the “Great War”.  It starts modestly in rural England but, with an episodic narrative (the film runs 2-1/2 hours) works up to one of the most gripping and horrific war scene climaxes ever filmed.  It certainly leads us to wonder why “The War to End All Wars” was not such.
Well, one reason is that young men – as well as horses – were drafted and left to die in the trenches, under chemical warfare attacks, fighting for nationalist agenda imposed by others.
But adaptive life is not easy even in the tense pre-war peace. Albert Narracott (Jeremy Irvine) is a strong-willed 16 year old who takes up the challenge left by his father  (Peter Mullen) when the elder overpays for a questionable horse. The wife (Emily Watson) reminds them all that they have to raise enough crops to pay the rent.  I didn’t realize that average Brits rented their land in those days from the Tories.
Albert takes up the challenge, bonds to “Joey” and in a couple weeks has him tilling the soil. But when WWI comes, the father sells the horse.  The movie becomes episodic, tracing the history of Joey as he gets “captured” by German soldiers. One interesting observation is that it is hard to tell the two sides apart.
Eventually Albert is old enough to be drafted (he wanted to go with Joey), and winds up in the trenches. It’s not too much of a spoiler to suggest that Joey will find him the way loyal animals do. But the way he does is truly harrowing.   They truly save one another’s lives. There is even a “negotiation” between two corporals which puts the War to shame.
The movie has a schmaltzy score by John Williams.  Some music from Britten’s “War Requiem” would have fit.
I saw this in a smaller auditorium at a Regal in Arlington (opening Christmas Day to large crowds), and the projection has some problems in the middle of the cropped screen.  See this on a big screen and with digital projection if possible.

Here is the official site  (Enable scripts and plug ins.)

ABC has a similar interview on YouTube (no embed) here.

Maybe it's just me but I thought all films are meant to be manipulative one way or another. The whole point of movies are to entertain by making you feel some kind of emotion, be it horror, joy, or sadness. To fault a film for intentionally try to make you feel something is rather stupid.

Some critics found this a tear-jerker. I found the conclusion quite moving.