"Tinker Tailor Soldier Spy": they lived in their own world, far from the ideology 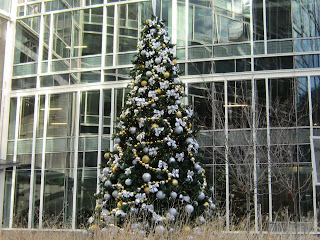 For a “semester” exam in VA and US Government in twelfth grade, in January 1961, just as a blizzard started, we had to write an essay in class comparing Communism to Democracy.
Nowadays, the emergence of a spy thriller set in the Cold War seems like a big event. And the British spy thriller (based on John La Carre’s famous novel of the same name) “Tinker Tailor Soldier Spy”, directed by Thomas Alfredson makes one singular impression from all the labyrinthine complexities of the plot: spies live in their own world, separate from the normal of us, and really don’t care about ideology. They probably couldn’t have written that semester essay exam that I took.  But, oh yes, this movie really has a plot!  Literary agents (and purchasing agents for studios looking a screenplays) love that.
The movie (like “Mission Impossible IV”) opens in Budapest, with a shocking hit in a café, leaving a mother dead with a nursing baby, as well as the intended target Jim Prideaux (Mark Strong).  Soon British Intelligence (aka “The Circus”, more or less) is calling back Control (John Hurt) and Smiley (Gary Oldman) into service to root out a mole.  The movie builds on its dusty look as long as it lives in London; everybody smokes, and the equipment – Amdek tape deck recorders, teletype machines, Turing decoders, and various microphones and cameras, looks all too macro and physical for audiences used to computers.  (When you go into a reading room, you aren't even allowed to take in pens.) The story takes place in 1973-1974, not only the height of the Cold War (really past it – the worst was the Cuban Missile Crisis), but about the time of the Arab Oil Embargo and also of Watergate, neither of which is mentioned.
The middle section of the film, happening in Istanbul, is the brightest, with a “Rear Window” like episode.  Younger spies played by Simon McBurney and Tom Hardy (who look at little too alike) invigorate the story.  Physically, the men don’t look the worst for wear despite their lifestyles.  But the older cadre does.  Toby Jones is meaner than usual as intelligence boss Percy Alleline. He’s a far cry here from Capote.

The "Tinker Tailor Soldier" are compared to chess pieces, but more could have been done with the analogy (maybe show a real game in a controversial opening).
The film was produced by Studio Canal (France) and Working Title (Britain), and is distributed in the US by Focus (NBC Universal).  The novel had been the topic of a TV series with Alec Guiness in 1979.  Had the film been made sooner, like in the 80s, it would have been branded as a major studio film.
A Tuesday afternoon performance in Washington DC at Landmark, on a day when the Metro had serious problems, was well attended.  Maybe the lawyers downtown like to take their clients to see this film, or maybe the FBI agents across E Street enjoy it.
Here is the official site.
This film could be compared to Martin Ritt's 1965 film "The Spy Who Came in from the Cold" (Paramount), with Richard Burton, in black-and-white, also based on a Le Carre novel.
Posted by Bill Boushka at 5:37 PM