"Stolen Jobs", a short film from "Creative America" (AFTRA) states its side on the Internet movie piracy debate 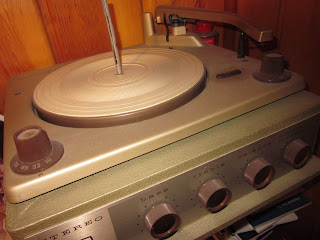 The American Federation of Radio and Television Artists (AFTRA) has a lobbying group called Creative America  (link)  which is says it formed to press for laws to combat piracy and content theft, both online and in the physical world.  It has been running a TV ad in conjunction with bills called SOPA (Stop Online Piracy Act) and Protect-IP, now before Congress.  I have traced the progress and controversy about these bills on my main “BillBoushka” blog (get to it through Blogger Profile).

Creative America has a 12-minute documentary called “Stolen Jobs”  (also subtitled "Content Theft: The Big Picture"), which seems to have been made just before these two bills were introduced.  The film is available on Vimeo, for blogger embed, below. One immediate irony is that Electronic Frontier Foundation has written that Vimeo is one of the sites particularly endangered by SOPA (aforementioned blog, Nov. 15).


Content Theft, The Full Documentary from Creative America on Vimeo.

The film makes the not surprising point that the entertainment industry is a major source of jobs (hint: we’re in severe recession) and that most union workers aren’t rich like “Marilyn”, making about $55000 a year.  And it says film production is down 30% over the past few years, largely because of theft – although recession itself obviously matters.

One particular point, of some surprise to me, is that theft affects independent film.  The documentary tells the story of two particular films, “The Wedding Weekend” (also known as “Shut Up and Sing”) (2006), and “Blood into Wine” (2010).  The film says that in both cases streaming video was available of pirated copies of the films through P2P sites and pirated DVD’s were available as soon as or before the films’ release or even pre-book dates.   Investors are discouraged from investment in independent film because of the threat of piracy.  DVD sales (which always seem pricy to me, $24.99 or so), help investors make back what they put in.  I have put both of these films in my Netflix queue (Instant and DVD) and will try to see them both (very legally) before the markup of SOPA in the House Dec. 15.  According to the LA Times, "Balls to the Wall" also met this fate, to the point that US release was jeopardized (see my main blog today).

Previously, I've written about the mass litigation against pirated films brought by the "US Copyright Group", films including "The Steam Experiment" (see this blog April 8, 2010), "Call of the Wild", and even eventually "The Hurt Locker".  But many of these were smaller, less well-known films.

Besides movies, episodes of television series are also pirated, it says.  I have not encountered this myself as an Internet user; but, then again, I aggressively delete spam before ever looking at it; I probably do get offers for pirated material that I never open.

For me, that raises a question. If I get my sci-fi scenario for “Do Ask Do Tell” made, is piracy a threat to me as a potential filmmaker?  If the film is sellable enough for people to want it, the reasoning is, the pirates  (and not Pittsburgh’s baseball team from “Abduction”) will go after it.  So it could keep me from getting investor money, prospectively.  Or here’s another question. Are “specialty” documentaries at risk?  Would a film like HBO’s “The Strange History of Don’t Ask Don’t Tell” (Oct. 13) or even Marc Wolf’s film based on his play (Sept. 19) be put at risk?

The documentary makes the point that existing laws don’t allow US law enforcement or civil suits to turn off foreign IP addresses.  It also seems to imply that most Internet piracy occurs through the P2P mechanisms, which have already attracted mass lawsuits (as from the RIAA) against users.  (Remember, copyright trolls like Righthaven go after conventional sites, not P2P.)  It also says, toward the end, that the free and open Internet should coexist with reasonable law enforcement, just as the physical world has to (they says we use locks on our doors – Medeco locks).  But SOPA and Protect-IP, as written, apply to both foreign and domestic servers, probably because it is very difficult to segregate them all the time.  (The film makes this look easy, by pointing out a few notorious foreign sites like Pirate Bay.)  In fact, the main objection to these bills is that they, through overbroad language, seem to place service providers and ISP’s in the position of having to monitor all user’s postings, which would make it impossible to keep the Internet open as usual for “amateur self-publication” and free entry (sites like YouTube, Blogger, and Wordpress – although how it would affect social networking sites like Facebook is also a complicated topic).  AFTRA will deny this, but some of us are not sure that Congress cares now.

Unions, of course, always favor policies that protect the jobs and livelihoods of its members – that’s why they exist. And unfortunately they have a natural inclination to deny entry to new competition.

Hi...Your post really got me thinking man..... an intelligent piece,I must say.