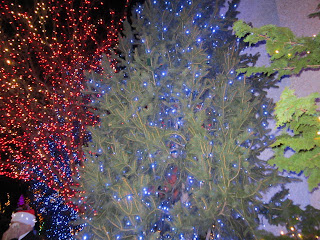 I went into town (the West End Cinema) to see the small film by Jennifer Fox, “My Reincarnation,” expecting it to be important to see now. It was.
Tibetan master Chogyal Namkhai Norbu moved to Italy to escape persecution by Communist Chinese, had and raised his family, particularly a son Yeshi Silvano Namhkai, whom he, at his son’s birth, believed to be a reincarnation of his lost uncle, whom he also believed may have died at the hands of the Chinese.
Yeshi, however, grew up as a western person, and worked for IBM for a couple decades as a systems analyst and project manager.  He would have his own family and daughter.  In time, particularly after his father’s bout with cancer (lymphoma), he began to feel drawn more to his father’s world. His father recovers. But  In dreams, Yeshi became connected to his great uncle, even to the point that he believed he had experienced the uncle’s death in a Chinese prison, leading to a bridge to the continuity of his own life. As a child, he experienced prescient dreams of a monument in Tibet that was not actually built until around 2005.
Yeshi “looks” western, more Caucasian than his father (the acne was distracting), perhaps a little bit plump – he actually looked better (probably because of losing weight) after he increased his spiritual practice.  At the close of the film he is in his mid 40s and still looks youthful.
Chogyal is called “Rinpoche” in Tibetan, meaning guru or teacher.  He is a wise man somewhat in the sense that Paul Rosenfels (discussed elsewhere in my blogs) was.
What do we make of the “reincarnation”?  It seems that with time Yeshi gradually incorporates the progressive memories of his great uncle’s life as if they were his own, but with many details missing. But none of us remembers all the details of our own lives anyway.  That name on the tip of the tongue that escapes us – it doesn’t defeat the integrity of our identity. (Today, I struggled to remember the name of a famous 1981 film, discussed on The View – finally it clicked, “On Golden Pond”.)
The film has an initiation ritual, which reminds me a little of a Rosicrucian "Feast".
Mathematically, there are not enough people alive on the planet today for everyone to have been reincarnated.  But maybe that just argues for the sure existence of other habitable planets for us to go to and work out our karmas – at various stages of development, some “terra nova’s” 40 or 50 light years away.  Maybe some day we will really find Clive Barker’s “Imajica”. 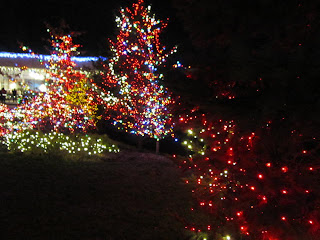 When you dream, you don't know how you got there, nor do you care, unless you're having a nightmare. When you wake up from general anesthesia, you can remember being wheeled into surgery, and nothing more, but all of your life up to that point seems intact, as if you were a computer having just been rebooted. With reincarnation, it sounds as though the experience of a past life might come back in snippets through meditation, but in time, you would have to take responsibility for what had happened (even on another planet) and would develop a sense of continuity with some of that life.  What if you had children? What if you had been of a different gender? (and sexual orientation?) Could a dream of an encounter with someone today really be a recall of a relationship in a past life (with that other person being a matched reincarnation)?  The film "Judas Kiss" (June 4) even posed the idea of a relationship with a past self.
Here is the official site. The production and distribution company is “Long Shot Factory”.
There is a new review of “The Darkest Hour” on my blog “Films on Major Challenges to Freedom”.
Posted by Bill Boushka at 8:10 PM