"Mission: Impossible - Ghost Protocol": see it in Imax to do a virtual visit to the Burj in Dubai 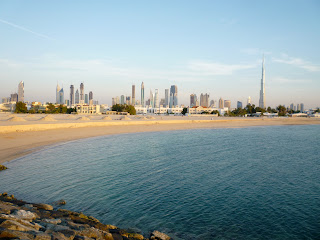 Okay, sometimes we tap top dollar for genre thrillers in Imax, if we get to see Dubai from the top of the Burj in Imax.  The film is "Mission: Impossible - Ghost Protocol" (sorry, no 3D), in which Tom Cruise was one of the producers, directed by Brad Bird. (This is "Mission Impossible IV" if I count right.)
The IMF (not the International Monetary Fund) maybe put down for good after it’s “blamed” for a gas explosion that destroys the Kremlin. Ethan Hunt (Tom Cruise Mapother) has just escaped from a Russian prison, no coincidence.
I suppose the idea that the Russians could come back with a nuke is plausible, or that a plot could be envisioned to trick the modern Russians into an attack. In fact, there was a near crisis when a Russian test launch was misinterpreted in 1995.
The movie, like a Bond film, has an excuse for a jetsetting world trip, but this time the other locations are limited to Budapest, Prague, Mubai, and the main course of Dubai, which looks rather like a child’s toy city from the Burj.  A haboob approaches, and Cruise clings to the skyscraper like Spider Man. I can’t see any ropes holding him.  Nobody asks whether the Palms – the artificial fan-like communities built into the sea – would survive sea level rise.
Tom Cruise (his own official site ). He’s 49 now. His faces is starting to weather, finally (as do those of the other male characters).  When he’s climbing the Burj Khalifa, his trouser legs are rolled up – and we have more visual evidence that he doesn’t look as young as he did when dancing in skivvies in Paul Brickman’s “Risky Business” back in 1983.
Bad Robot (“Cloverfield”) and Skydance are the production companies, and Paramount is again the distributor, and now Paramount has a great, bombastic corporate musical trademark to play as the mountain comes up. It’s in good company with Fox, Columbia, Universal, and even Lionsgate now.
I saw this in the AMC Tysons Corner Imax auditorium. The scenes originally shot in Imax are projected at the full screen size, with is 1.85:1 or sometimes slightly cropped to 2.0:1. This is true particularly of the outdoor Dubai scenes.  Other scenes, especially the indoor ones (mostly shot actually in Vancouver or the Czech Republic) are cropped vertically to mimic 2.35:1.
The afternoon ticket price was $15, but I think this time moviegoers can say, it would cost a lot more to fly to Dubai and ride the elevator of the Burj yourself.  (The film may make some viewers dizzy.) This time the hefty premium price may be worth it for what you see.  The film makes stunning use of actual locations.  You cannot experience what the artists intend you to see without paying the price to see it in a properly equipped modern theater.  That is how it should be.
Here’s Paramount’s official site.

Below: Real progress in NYC: 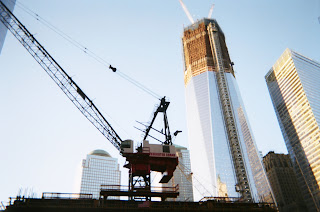