Michael Dowse brings Terry and Dean back for a second satire on manhood; I was looking for a different film, involved in the piracy fight 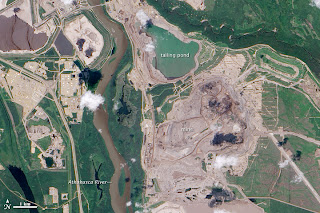 Today, I thought I could make another contribution to the debate on movie piracy, and found out almost at the end I had watched the “wrong” film. So, we will have a debate on energy policy (oil shale), the welfare mentality, and “what it means to be a man.”
I had never watched the earlier Fubar comedy from 2002, so when I watched Michael Dowse’s 2010 sequel to his own satire of the heterosexual world, this time called “Fubar: Balls to the Wall”, or “Fubar II”, I thought I was watching a comedy whose release had been endangered by piracy. More about that later.  “Terry and Dean are back.”
In fact, the movie at hand seems like a conservative-launched satire that would probably please Rush Limbaugh.  The term “Fubar” is an acronym for something (look it up).  In this comedy, Terry (David Lawrence) and Dean (Paul Spence) get evicted after chainsawing and torching their Montreal apartment during a wild party. They head for Fort McMurray, Alberta, to get rich as oil field workers, in the tar sands.  The film shows the “gas chamber” training and drug testing, and their rubber stamping. They really need workers. But the money isn’t quite that good and Dean can’t keep up, so he injures himself to get workers comp.  His medical examination shows advanced testicular cancer, in this case meaning the loss of “both” (which almost never happens in real practice).  Dean (the film makes a lot of his bodily hairlessness) is to lose it all and not be a man any more.  Hence, the title of the film. 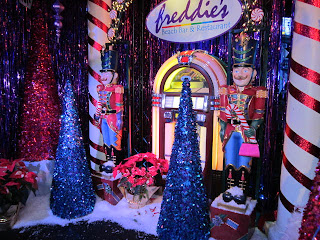 There’s more comedy about paternity and being able to have a lineage, and Terry gets married, having a kid that looks too much like Dean (that won’t be a good thing).  Dean, his voice having become more high pitched (that would incite mockery from my old Army buddies at Fort Eustis) becomes the wedding singer.
The on-location scenery around the old fields and of life on the northeastern Alberta tundra is quite breathtaking.  There is also a sequence at the Mall of Canada – that is, the West Edmonton Mall, which I visited myself in 1983.  Edmonton itself has a pyramid building resembling that in Memphis.
The film is released by Screen Media and Alliance Pictures, with FU2 Productions and Cardinal Films as production companies.  The official site is here.
As to my intention, it was to see the 2011 comedy by Penepole Spheeris, called simply “Balls to the Wall”, which is not yet on Netflix.  The use of the title seems to be a coincidence.  With the latter movie, the Los Angeles Times has reported that pirated copies showed up from Europe, jeopardizing  US release.  (See posting on “BillBoushka” blog Dec. 7, 2011, about “Creative America”, as well as post here the same day about the short “Stolen Jobs”.  IMDB shows the Spheeris film as having US distribution from Midwest Movies.  I will have to follow up on this.  I suspect it will turn up on Netflix soon. But the only DVD I could find on Amazon right now with the title was the Dowse film. I really tried to do this right!
Wikipedia attribution link for area picture from Athabasca.
Posted by Bill Boushka at 3:31 PM