MGM and Fincher offer "The Girl with the Dragon Tattoo", almost the same film, in English; but typical Fincher moods 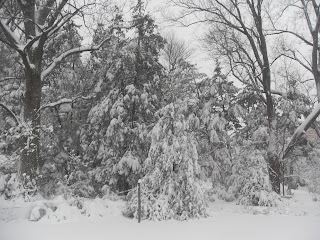 I wasn’t going to “bother” to re-see “The Girl with the Dragon Tattoo”, so soon after the trio (no pun with a musical scherzo) of thrillers from Sweden in 2010. But with David Fincher as the director, I was just too curious, and too in need of a “guilty pleasure” last night. And I was curious that the big film may help mark a rebirth of the grand old MGM studio (with the help of Sony and Columbia).  My review of the Swedish version of this film occurs Aug. 14, 2010 under the label “Millennium Trilogy” base don Stieg Larsson’s novels.
The remake in English seems to be very similar to the first film, in plot and even style.  What that says is that the entire trio is somewhat typical Fincher raw material.  There is a sequence where Lisbeth (Rooney Mara, who invokes Lisbeth’s no-nonsense manner of talk well) shows that a sequences of European murders in the 50s and 60s follows verses in Leviticus – a typical Fincher concept (remember the movie “Se7en” or “Seven” (1995), where the pattern is based on the Seven Deadly Sins, for Brad Pitt and Morgan Freeman to unravel, even shaving to wear wires!)  It's not always snowing (the way it rained in "Seven"), but Sweden is either dark or in twilight much of the film.
Daniel Craig is a bit too cookie-cutter-like as the tainted journalist Mikael Blomkvist. Christopher Plummer is effective as the suspicious family patriarch.  The whole plot seems a bit like a dream. When Blomkvist travels north by train from Stockholm, the film shows the train going through mountains. That doesn’t happen in Sweden until you go north of the Arctic Circle, toward Kiruna, and iron-mining town that I actually visited in August, 1972. The estate, of course, is on an island, with the bridge and geography driving much of the plot.
The sentient house cat (big, almost like a bobcat) who lives in the guest cottage turns out to be a major character,  almost human, constantly seeking attention and bossing around Mikhael as a guest.  As in “The Future”, you wish the cat could have a happy end.  But cats can be trained to perform in the movies.
I guess the plot is a warning about the risks professional journalists run – so what about amateurs? It’s also a warning about what determined hackers can do, especially at the end.
In retrospect, “The Social Network” seems a bit outside the box for Fincher.  In that film, all of the young male characters (not just Mark Zuckerberg as played by Eisenberg) have moral flaws, but you like them, and covet their world, want to belong to it.  In “Tattoo”, there is a sense of unrealness, and corruption everywhere.  You admire Lisbeth’s fearlessness, but you don’t really want her in your own life. Fincher offers us a couple of scenes where men undergo some physical mayhem  in sensitive ways, yet for the most part, Fincher offers a more heterosexually-inclined Lisbeth in order to play before large mainstream audiences.  Lisbeth is no female Zuckerberg.  Bold as she is (even dangerous to bank accounts), she is not capable of ruling the world.

The early scenes in the film (which interlope Lisbeth and Mikhael before their future connection is developed) present Lisbeth as institutionalized because of her lack of "sociability", which sounds improbable in liberal Sweden -- but you have your exploits beneath the surface.
The new music score (with the “whistle theme”), by Trent Reznor and Atticus Ross, is spooky in “Se7en” style.

How would Fincher handle my "Do Ask Do Tell" screenplay?  I guess when the "Character" (Me) realizes he may have passed on  but might have to go back, he would convey the appropriate sense of menace.
I saw the "Tattoo" remake in a small auditorium at Regal in Arlington VA, not knowing in advance which shows were in the larger auditoriums.  It was almost full late last night.  The auditorium did not have Surround speakers, although there was conventional two-track stereo up front only.
The new film has this link from MGM.  I thought Oprah was going to rescue MGM financially.
Posted by Bill Boushka at 7:24 AM