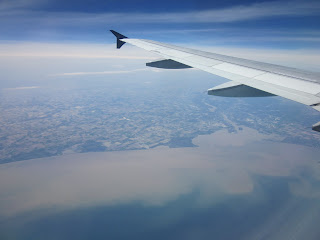 A maxim of conventional screenwriting is that the protagonist(s) just have to overcome his/her/their problems, or the sky falls. No matter if the problems are of their own making, or if they are just manipulating others.  Oh, and they have to solve these problems in novel ways, reaching into the character for something extra.
In the film from Drake Doremus, “Like Crazy”, these problems do seem a bit invented.  Anna (Felcitiy Jones), a college student in LA from the UK, has been conveniently careless enough to overstay her visa (from the UK, it’s really that big a deal?) when she falls for Jacob (Anton Yelchin) or gets him (like a Charlie Bartlett) to fall for her.  Jacob majors in “furniture design”, which sounds a bit dippy.
Well, you know the solution: get married.  I guess if a movie wanted to make fun of the way heterosexuals can abuse it, this is it.  The movie (89 minutes) starts to run a unbelievable speed – Jacob must have Clark Kent’s speed to cross the Pond so often – as the inevitable temptations to both follow, inasmuch as the marriage doesn’t solve the legal problems so easily after all.
Paramount Vantage distributes the film, and it’s good to see Viacom/Paramount use the brand openly again.
The official site is here. The film seems to be shot in digital video. It is said to have budget of a mere $250,000 – so see what you can do for that amount of money. At least, that part is interesting.
I suppose that, as an exercise, you could make this plot work in the gay genre – if California finally defeats Prop 8.   (If they threw in babies, it would get testier.)
I can’t imagine getting myself into something like this. I don’t have it in me.
Posted by Bill Boushka at 7:21 PM