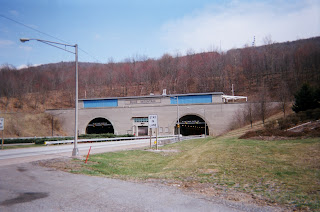 Pennsylvania native Brent Gorski wrote his own screenplay and protagonist’s part for “Holding Trevor” (2007, Regent, Here!, KGB Films, Stray Films), but a film like this might have seemed stronger if not set in a gay ghetto like West Hollywood.  Be that as it may, the movie seems determined to affirm the right to independence, self-ownership, and all such things part of the “modern” gay world.   Already, I notice a slight cultural backstep in movies made before Prop 8 and gay marriage really went onto front burner.  This movie is about "gay life" as it has been for a long time.
Trevor is troubled by his boyfriend’s (Darrell, Christopher Wyllie’s) sad descent into substance addiction. A visit to a hospital gives him a chance to meet a new “better half”, the good hospital resident, Ephram (Eli Kranski) and also explores lightly the visitation rights (or lack thereof) for non-married partners.   In time, Trevor (who is very appealing himself) kicks out Darrell as a loser ("I'm not responsible for you") and goes with a winner.  Why not have a high achiever in your life as a partner rather than a loser?  Sounds logical, right?  But that’s not very easy in our real world of inequalities, with other side characters around the house.  Social conservatives like George Gilder ("Men and Marriage") call this process "upward affiliation". I'm reminded of a recent sermon I heard, "Compassion is the hidden resource."
The film tells part of the story of the new relationship in short-term flashback, and tends to dissipate the tension in the relationship too quickly.  And there are some cosmetic inconsistencies in the photography of Trevor.
The use of Ephram (a Biblical name) as a character name is interesting; "Ephram" was the name of the piano prodigy played by Gregory Smith in the series "Everwood".


The official site is here.
Posted by Bill Boushka at 7:27 PM