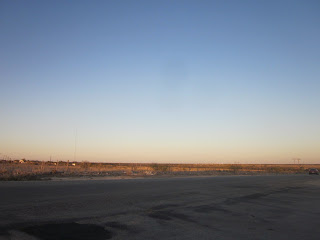 Recently, Landmark E Street in Washington showed a pleonastic sequel, at midnight, to a film with zero stars, a “full sequence.”  So I rented the 2009 “The Human Centipede (First Sequence)”, directed by Tom Six, distributed by IFC.
The film opens happily enough, with a distant shot of the German Autobahn. That’s about it. Pretty soon, two young American women get a flat tire (from a set trap), wind up in a modern house of a mad. Neo-Nazi scientist (Dieter Laser).  What follows is a smaller scale film like the two “Hostel” films (the second of which has a cannibalistic scene that is pretty indescribable, toward the end).
The surgeon had once a humanitarian attempt to build a practice separating Siamese twins.  But that wasn’t god enough. He had to reverse the concept, in this film, with a Japanese man followed by the two women, literally, with stiches.
The wailing and gnashing are pretty relentless in this spoof.  If it's bad, it's not bad the same way as the pseudo-pretentious "The Room".
And Tom Six is flippant enough in the DVD interview.
There was some background piano music that sounded like Chopin and then Bach, but it was not credited.
Actually, the concept behind “Bugcrush” (Jan 29, 2008 here) was a lot more interesting than that of this film, which did place at “Screamfest”.
Posted by Bill Boushka at 6:53 PM