Serbian film "The Trap" poses moral dilemma for young father to save his son; or is it just an unfair system? 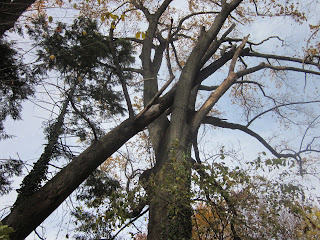 Have you ever been approached to do something you shouldn’t do, to prove your manhood, to prove you can provide for your family, or for a family?  I’ve actually been approached, although not to the level of criminality. In the dark Serbian film “The Trap” (2007, “Klopka”), from Srdan Golubovic, a young engineer takes up such a challenge, and sinks.
Mladen (Nebojsa Glogovac) and his wife have a promising eight year old kid, and suddenly learn he has a heart condition after a collapse.  Apparently the Balkan countries don’t have very good health insurance that we are told Europeans have.  He is told he the son would have to have valve surgery in Germany and the family would have to pay.
The film then indulges in some lessons in karma. He can’t get a loan because he rents rather than ownas a house, and because his employer is bankrupt (with friendly merger negotiations failing). In post war Balkans, privatization is falling apart. He places an ad in the papers for help, which causes the son great embarrassment at school (no Facebook needed).  He gets a call from a man to meet with him. The man will make a downpayment, and then the rest if Mladen will assassinate a business rival.
For the rest of the film, Mladen stumbles along – actually killing the target on impulse and watching the funeral for a distance. Naturally, he has trouble “collecting” and his “manliness” is going to sink anyway.  His wife (Natasa Nikovic), a teacher  is naturally ambiguous about what he should have done.  But she has swallowed her own pride at least once, agreeing to tutor a student who had tormented her in class, only to find that the student’s parents have trivial possessions worth more than the cost of the son’s surgery.  Finally, there are connections between the wife and the target’s family, and it gets really complicated.  The kid may survive this after all. And the mafioso who hired Malden to do a hit may be right, too: his reputation may well be such that authorities won't believe any "confession" from him. Irony, whether we can afford it or not, may prevail.
So if I don’t face something like this myself, in the language of my late mother, I am “getting out of things” (today’s post on my main blog).
But it’s a good question as to whether this is really a film about personal integrity, or more about a broken political system that stacks up against people.
This movie could be compared to the Korean film “Looking for Mr. Vengeance”, reviewed here March 17, 2010.
The DVD comes from Film Movement, which specializes in east European films.
Official site (in Serbian) is here. (requires plug-in).


The DVD has a short “Fallen” (6 min ), an animation by Peter Kaboth, based on a story by Daniil Charms.  Time is frozen (Brian Greene style) as two people fall from the sky.
The DVD also has a Stella Artois short film “Devil’s Island”.  Prisoners on a slave ship live in military conditions like the Potemkin, and get relief from a cask of beer.
Posted by Bill Boushka at 8:50 PM