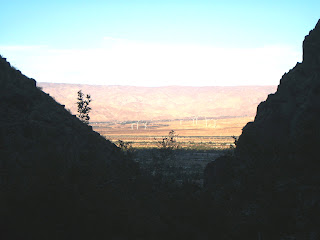 The little drama “Role/Play” by Rob Williams (Guest House Films, 2010, about 85 minutes), taking place almost entirely within a small resort, the Alexander, in Palm Springs CA, manages to cover a lot of contemporary territory about both personal integrity (double lives are no longer “in”) and freedom of expression – even if the film focuses on a particular gay-related political problem (the Proposition 8 fight in California), the moral principles generalize readily for everyone.
The film is “framed” as an interview, a perhaps redundant narrative device, except we can rightly wonder what “happens” to actor Graham Windsor (Steve Callahan), and what the “incident” was.
Graham checks into the gay resort run by  a senior-approaching Alex (David Pevsner), and doesn’t enjoy talking to his agent. He’s been summarily fired from the cast of a soap opera after a sex tape made by a former partner Parker (Matthew Stephen Herrick, the most obviously attractive character for those who want to see “masculinity”, even if his screen time is short) surfaced in the tabloids (and on the web).  It was violation of a “morals clause” that got him axed, not his “sexual orientation”.
Then “gay marriage” activist Trey Reed (Matthew Montgomery) checks in, with the innkeeper Alex having set up a “marriage” suite with a cake, but Trey has already broken up.
Graham and Trey develop a “relationship”, in which each character starts to shift his position on openness and expression.  Trey has been the “professional West Hollywood gay” who got married during the “donut hole” period before Proposition 8 kicked in, to prove a point.  He didn’t do it for love. He has all these interesting theories as to why gay bookstores and gay media are failing (that could be a reference to the failure of Windows Media, but the constituent papers, like the Washington Blade, have bounced back strong on their own, thank you.)   Graham wants to live a double life, a private life.  That is hardly possible anymore with Facebook’s “real identity” policy (I call it the “do ask do tell policy”).  As the drama progresses (and the film really starts to become like an off-Broadway play), we learn that Graham’s motives were already changing and he longed for a unified public life.  The film dialogue does explore the different standard of “privacy” allowed in the law for “public figures” (as a price for “right of publicity”) but leads us to believe there is not a good ethical reason for a different standard any more.  The tagline “Who are you pretending to be?” applies well. 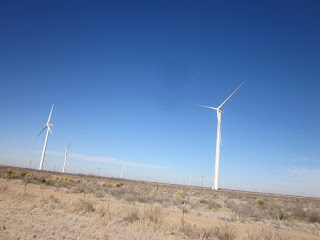 The film makes interesting points about soap opera – and we all know that some of soaps are getting cancelled, and the film certainly gives us an idea why.  It’s true that soaps tend to pander to an old-fashioned idea about the patriarchal family: that a man must succeed at it before doing anything else, lest his life be laid out for him by others.   Soaps have nerd-like characters (like Nick, played by Blake Berris in “Days of our Lives”) set up in situations demanding them to respond to women whether they want to or not. The treatment of gay issues on soap opera has been at best patronizing and superficial in many cases.
As physically portrayed, Graham is already 40-something, and his smoothness looks artificial (he rather reminds me of “Brady” on “Days of our Lives”, in a future time-lapse). Trey is more like a 30-something, not perfect, but at least appealing.
The film makes some interesting references to other movies and celebrities. Honorable mention is given to “Whatever happened to Baby Jane?”  (the classic from Bette Davis and Joan Crawford) and “My Dinner with Andre” (always a favorite of Roger Ebert and the late Gene Siskel).  And a couple of times the possibility of a crush on Anderson Cooper is mentioned.  (You wonder whether Brian Boitano, mentioned in SouthPark, is next.)
Here is the official site. The film can be rented on YouTube for $3.99 or rented from Netlfix with subscription.
The DVD has a 15-minute short subject about the screenwriting of the film (really, almost about writing movies in general), “Getting into Character”, narrated, produced and directed by Anthony Palato.
The PBS film “Smothered: The Censorship Struggles of the Smothers Brothers Comedy Hour”, which deals with censorship of speech by public figures at least tangentially, was reviewed on my TV blog yesterday.
Wikipedia attribution link for Palm Springs picture.  I visited the area last in February, 2002.
Posted by Bill Boushka at 7:10 PM