"Courageous": Christian film poses existential ethical questions, and has some of the best chase sequences ever 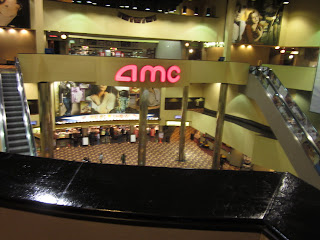 The new Christian film “Courageous” presents us with several sheriff’s deputies (aka police officers) in the deep southern town of Albany, GA.  Most will sign on to a pact to become dedicated dads to their children and husbands, as well as more faithful.  All will be given “Turek tests”. (I say “Turek” rather than “Turing”, after a coworker a dozen years ago who loved to talk about how people are “tested”.)  Will each one of them do the right thing, especially when no one is looking? 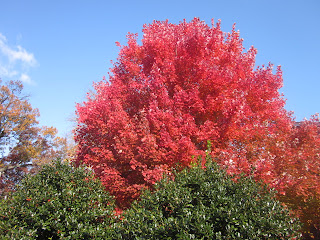 “Right and wrong” have a definite meaning in the libertarian world, and are related a lot to harmlessness and non-aggression (and not trampling the right of consent).  In the Christian world, the concept migrates into accepting paths that others need one to be on.  But in this particular film, the tests are clear-cut.  One of the guys will fail us, turn Judas, and sorely disappoint the audience, which by now roots for all the guys.  I have been “tested” over the years and sometimes not done the right thing. But the moral parameters of my own situations were much more subtle and “ambiguous” – more nuanced – than those in this movie. 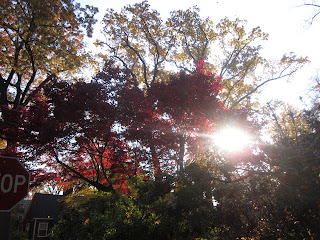 All that said, this film, from Alex Kendrick, made with the support of the Sherwood Baptist Church and First Baptist Church both in Albany GA – does very well when viewed just from world of filmmaking. The opening auto theft scene (a police officer has left his keys in the car at a gas station and climbs on the dash as the car speeds away to protect his son in the back), and another drug-dealer chase through the poor section are compelling, but the shootout at the end (resulting from a routine traffic stop) is as realistic and compelling as any I’ve ever seen in a film that cost fifty times as much.  This movie, well over 2 hours, keeps you on the edge of your seat.  In full 2.35:1 aspect and with a great soundtrack of both orchestral music and Christian pop songs, it is on a par with the best.  The film is distributed by Sony TriStar and Sony Affinity Films.  (I’m not sure how Sony decides how to brand its films, among its many trademarks.)
I saw it at the AMC Hoffman Center in Alexandria, and unfortunately the film is shown in only a few large suburban multiplexes (mostly AMC).  There was a fair crowd for late Thursday night.
The screenplay interleaves the family lives of several officers, as well as an extra, somewhat comical Hispanic character  (Robert Amaya) struggling to support his wife and daughter. One is African American (T.C. Stallings). Another is an 21-year-old unmarried man (Ben Davies), rookie police officer, who admits that he fathered a child four years ago and now wants to take responsibility for the child. He is physically the most attractive (“cute”) of the group.  Kendrick himself plays a leading dad character (Adam Mitchell), with a likable 15 year old son (Rusty Martin) who dreams of being a track star, and a younger daughter when the film starts.  When Adam loses his daughter to an auto accident cause by a drunk driver, he has a crisis in his own faith, leading the entire group to make a new formal Covenant pact.
Shortly after the tragedy, Adam has a dream or vision of the afterlife, with some visions that could remind one of "Astral City" (Nov. 7).  But this happens only once in the film. 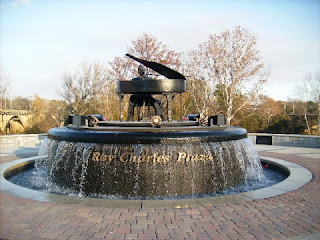 At the very end of the film, Mitchell gives a sermon, where he says that fulfilling one’s role as a dad is more important than any job or even hobby.   There’s a possible lapse in logic here.  True, every male character in the film had taken on the risk and responsibility of fatherhood voluntarily by at least one act of sexual intercourse with a woman.  Most had married.  I was wondering, does this apply to someone who has never fathered a child?  (That would often, although not always, be the case for gay men.)   Mitchell notes that practically all the perpetrators of the crimes (stolen cars, shootings, drug sales) in the film were young men who had grown up without fathers.  At one point (I can’t recall exactly how the script worded it), he seems to affirm that others have a responsibility to help raise kids as role models, too.  Logically, that could put the unmarried and childless in the position of second-class citizens, at the bidding of those with families.  (The film doesn’t get into Catholicism and the celibate priesthood issue, although that could make interesting territory; this is all Bible-belt southern Baptist practice.)
I have a theory, particularly grown during some periods where others made a lot of interpersonal demands on my without consent, and also augmented during the gay marriage debate – that the stability of the traditional nuclear biological family – and the inclination of marriage partners to remaind dedicated to one another for a lifetime, as they both age (as well as grow) – is predicated on the whole idea of living in a community which imposes a collective consciousness or will on all of its members – including “singletons” not in marital relationships and/or without their own children.  Parents see it as their duty to socialize their children into the same experience, and the reward is sustained marital interest and vitality. There are people who would rather pursue their own chosen expressive goals than marry and have children, but it seems that sometimes they are forced to share the sacrifices to help those who do raise families. For example, parents expect oldest children help them raise younger ones, or be able to step in and raise siblings’ children after family tragedies.  And the explosion of eldercare will seem to make family socialization “mandatory” for everyone. (Furthermore, if one "stands alone" and something happens, even if someone else's fault -- it's over; this whole line of ethics can turn around our ideas about personal responsibility.  When are we responsible for others beyond our scope of choice?  When we depend on others in ways we don't see?).  Everything hangs on that one conjunction, “If..”
Here is the official site.
Here’s a 4-minute featurette available on IMDB, link.
Posted by Bill Boushka at 8:05 AM