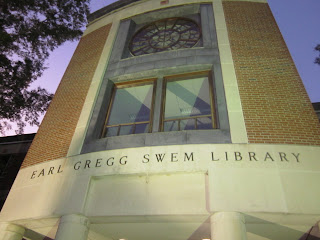 This evening, at a reception in the Botetourt Gallery in the Swem Library at the College of William and Mary,  GALA screened a short documentary by Tom Baker (1966) with interviews of many graduates, tracing the history of William and Mary Gay and Lesbian Alumni(ae)  (link).  The group was founded in 1986.  In 1990, the College added a policy of non-discrimination because of sexual orientation to its official policies. The film was shot very recently. This week marks the 25th anniversary (silver) of GALA. 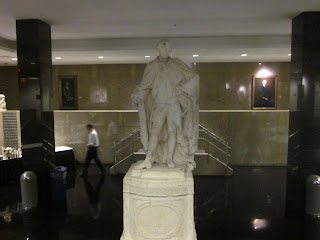 The documentary director himself graduated in 1966, but had an incident in 1962 recalling mine, and says he was placed in “the infirmary” in isolation but the situation was soon resolved.  Readers familiar with my blogs and books know that I was forced to leave the College of William and Mary after eleven weeks in the fall semester of 1961, right after Thanksgiving. The details are on the “BillBoushka” blog Nov. 28, 2006. There is obvious synergy in these stories (lending itself to more movie making, documentary or otherwise) and more will be said about this in coming weeks.  I will add here that I never returned to William and Mary (there was only brief talk of it), but went to George Washington and “lived at home” and graduated in 1966.  I would have another (uneventful) dorm experience as a grad student at the University of Kansas 1966-1968, and serve in the Army later without incident. 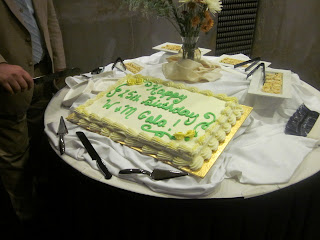 The director also read some passages from a novel manuscript. Again, some coincidental similarities to my own history, as he had been stationed at Fort Eustis VA overlapping the time that I was. My experience with the draft and subsequent “permanent party” stay at Fort Eustis is documented in Chapter 2 of my first “Do Ask Do Tell” book.  I won’t say too much about the content of the reading, other than the level of fantasy would fit well into the style of filmmaking enjoyed by Tom Tykwer (yesterday’s review of “3”). 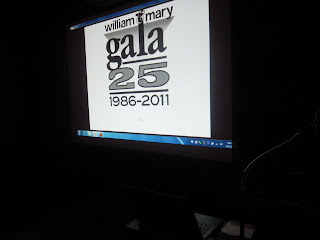 The video (or director afterward) mentioned that until the early 1990s, it was technically illegal in Virginia to sell alcohol or a drink to a homosexual, even though gay bars had long operated in Virginia (particularly around Norfolk and a couple in Richmond, like the old DialTone) ever since the state gave up being dry in 1969 (when I was stationed there in the Army, below).

The video also discusses the "Safe Zones" concept at WM for student counseling, and also the Cornish Fund (more details coming on another posting).
I think it’s interesting that the US Army, in the days of the draft, was often more hospitable to gays than was much of the civilian world, especially southern campuses.  That would change quickly after Stonewall, as civilian culture would open up but the military “absolute ban” would develop and be installed in 1981, twelve years before “don’t ask don’t tell”.  Baker says that he was actually present in the Stonewall Bar the night of the Stonewall riots (the first night?) in June, 1969.
There are, in fact, several films about Stonewall.  In 1984, Greta Schiller and Robert Rosenberg did “Before Stonewall”, and in 1999 James Scagliotti presented “After Stonewall”, which I saw in a film festival at Bell Auditorium at the University of Minnesota.  Nigel Finch directed “Stonewall” (1995, Strand), and Kate Davis and David Heibroner did “Stonewall Uprising” for PBS in 2010 (see July 17, 2010 posting on this blog).
GALA also presented a video tribute to the late Stephe Snell, who did much of the work to set up the LGBT library at Swem.
The story of the change or total transformation of attitude and culture toward LGBT people at a prominent southern college has to be something that will attract more attention with time.
My GLBT blog has a review and link to the GALA “It Gets Better” project film (14 min) on Oct. 2, 2011.
See also "Equality U" here Sept. 20, 2011.

Below: a door on second floor in Wren Building. We think this led to the Dean's office with my own 1961 expulsion. 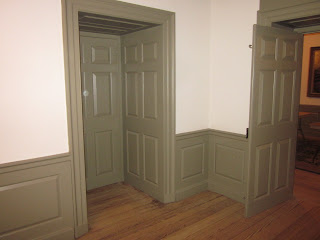