This is what "Love in Action" looks like (film) 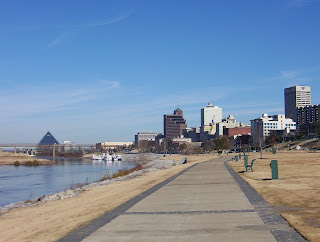 Back in 1989, when I worked for a Washington DC public policy research consulting company, I met the roommate of a younger coworker, and was told he was in the “Love in Action” program.  I did see a little of the printed literature, with references to “ministry” to people with AIDS, and was told that the roommate was “trying to give up the gay lifestyle.”  After I had left the company, I was invited anyway to a Sunday night (March 1990) service that the group sponsored at the Presbyterian Center in Washington DC (below), near American University. It was mostly a classical music concert, but before the end of a Bach cantata, the minister interrupted the service for a “prayer”.  I thought that did disserve to the performance of the music. But no one mentioned gay issues at the service. I don’t believe I have ever been in that large facility since. 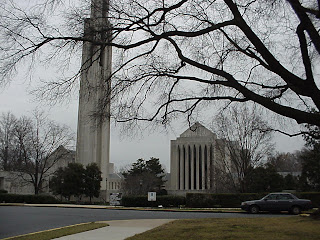 The film “This Is What Love in Action Looks Like”, directed by Morgan Jon Fox, from Sawed-off Collaboratory Productions (72 min) starts out with close-ups of a most appealing young man, Zach Stark, with camera angles arranged to emphasize his visible “masculinity”, in street clothes.  Pretty soon he is blogging (I momentarily thought about Jesse Eisenberg playing Mark Zuckerberg in the blogging scene of “Social Network” [about the loss of "Erica"]).   We are never told how he breaks away from the forced  isolation (no media allowed) of the “Refuge” run by Love in Action, where he is a client, sent there involuntarily by his parents at 16 (in 2005) after telling them that he is gay.  Instead, he somehow played undercover reporter, leading to protests in Memphis and other cities that would bring down much of the ex-gay operations of Love in Action.
The film gives us some history. LIA was formed around 1973, after the APA declared that homosexuality is not a mental illness.  Pretty soon there was an umbrella organization, Exodus, which the film presents almost as if intended to scam religiously gullible young adults and, later, their parents.  The film goes into the “house rules” of the Refuge, and these get pretty bizarre – and suffocating. The commentators in the film (which includes interviews by Diane Sawyer and other journalists) called it “shame therapy”.
As the film points out, eventually activists would bring legal action in Tennessee, with some success, on the basis of the idea that forcing minors into “reparative therapy” is a kind of child abuse.  Yet, other documentaries (as on PBS) have told stories of parents hiring military schools to come and take their kids away in the wee hours of the morning. 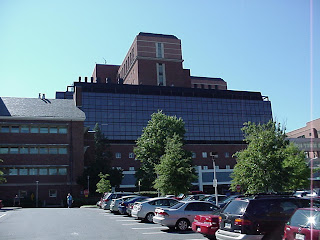 My own experience at NIH in the later part of 1962, which I have explained elsewhere in the blogs, was not as grotesque as this, but shared some of the same intentions.
I still ask myself this question: Beyond the “obvious” religious motives, what motivates parents to do this?  That’s what I would want to make a film about.  I do have a theory that willingness to share purpose with others may gradually become a compelling moral principle in a world focused on sustainability.  Parents may believe that it is both their right and responsibility to bring their children up to become biologically and socially loyal to their families.  The idea of a progeny (and “vicarious immortality”) may be very important to holding a marriage together for some couples as they enter middle age.  One could say, one should not have children for such “selfish” purposes, or others could say that is every reason and the only ultimate reason to have and raise children.   It could be regarded as an existential responsibility.
The film plays up a common but now underreported idea among social conservatives and much of the “religious right”:  to avoid becoming a parasite upon the sacrifices of others, gender conformity is a moral ukase.  Joseph Nicolosi (a conservative Catholic and author of an anti-gay book that I analyze on my Books blog on Jan. 21, 2009, where the author starts out by saying “masculinity is an achievement” and talks about “gender deficits” as moral deficits) is shown giving a lecture (he has appeared on Dr. Phil, perhaps a mistake).  The film has scenes at Refuge where teenage boys are required to develop some proficiency at sports like by hitting baseballs (surrendering to the stereotype of gays as physically weak). Boys are even prodded to learn to become publicly chivalrous toward females and learn to put them on a pedestal.

The repeal of "don't ask don't tell" should make the ex-gay movement less credible, especially in the minds of gullible parents. But through much of the history of Love in Action, gays were officially excluded from the military by "asking", and then we had the "don't ask don't tell" statute, which can feed the kind of propaganda (a generalization of "unit cohesion" as applied to the extended family) that LIA wants to "sell".

The film presents several other teens, such as Lance Carroll.
Near the end of the film, Zach is shown in college, in a dorm, majoring in I.T., and typing his mood now finally is “happy”.  I wondered if Jesse Eisenberg will play him some day in another Sorkin film, or invite him to cohost SNL.  Whatever his parents’ overbearing religious values, they seemed to have raised a very promising, resourceful and responsible son.   They ought to let themselves be proud of him now.
Here is the official site  or this newer link.  Check the "Truth Wins Out" blog here.

The film was screened late Wednesday afternoon at the West End Cinema in Washington DC, before a moderate festival (Reel Affirmations 20) crowd, at a reduced price admission. There are reports that demand for the Men's Shorts late Tuesday night at the same small venue was overwhelming; I didn't get to those.


The film company offers an extended video (10 min) clip on youtube,
Wikipedia attribution link for Memphis skyline and pyramid    My last visit was 1992.  John Grisham’s “The Firm”, a movie in 1993 starring Tom Cruise, takes place there. The novel opens with a sentence that marriage was "mandatory" for employment within The Firm.
Posted by Bill Boushka at 6:15 PM