"Spare Parts" is a grim film from Slovenia about human trafficking 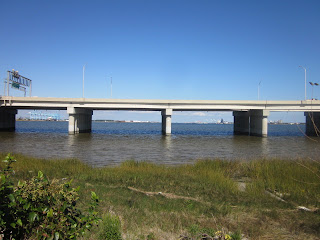 The campaign mounted by actor Ashton Kutcher and Demi Moore against trafficking can be supported by the little (87 min) 2003 film from Slovenia, “Spare Parts” (“Rezervni deli”), directed by Damjan Kozole, distributed by Film Movement, produced by Emotion Film.
Ludvik (Peter Musevski), an embittered widower and former motorcycle racer, trains a younger but a first reluctant and likeable accomplice Rudi (Aljosa Kovacic), who gradually becomes brainwashed by the experience, into smuggling people into Trieste, Italy from Slovenia, sometimes in vans, box cars, or even trunks of cars. Ludvik makes remarks about how many “Chinese” fit into a trunk.  As with any organized crime, there are serious “mishaps”, as some of the clients don’t make it.  (Trieste was a political hotpoint in the 1950s.)
Clients pay with their “spare parts” – often organ selling, sometimes the sex trade; one was going to be a guinea pig for a tobacco company.
The film has some scenes of motorcycle buggy races (as Ludvik revisits his better past). I once worked at a fast food stand at an MCC benefit for a buggy bike event in the Metrodome in Minneapolis, in early 2003, about the time this film appeared.
Toward the end, Ludvik says to Rudi that he hopes that Slovenia stays out of the EU, and says that the EU is just a continuation of what Hitler wanted.
The film was shot on location and looks appropriate grimy, with many effective shots of the ragged trains.
The distribution company has a curious “video quiz” on the film online on a PDF, here as if a high school English teacher were going to use it. I’ve never seen anything like this before from a film distributor. (When I subbed, the kids had to take a quiz on “Hotel Rwanda”.)
The DVD also has a twelve-minute short, “The Youth in Us,” directed by Joshua Leonard.  Jack (Lukas Haas) is comforting his girlfriend Alicia (Kelli Garner) by recalling a disturbing incident in his own past in the winter wild. Then we see what she faces.  Medical ethics, to say the least.
Posted by Bill Boushka at 8:19 PM