"S. Darko": Donnie's sister not as compelling a "savior" as Donnie himself 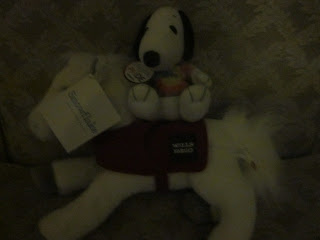 According to its DVD, director Chris Fisher and screenwriter Nathan Atkins (and Fox Searchlight/Atomic, NewMarket, and Silver Nitrate films) want you to see “S. Darko: A Donnie Darko Tale” as a continuation, not as a franchise sequel to (Virginian) Richard Kelly’s famous "Donnie Darko".  I saw the first film with its “director’s cut” in late 2004 at the old Embassy Theater above Dupont Circle in Washington.  The release of the film, with its plot predicated on a spacecraft crashing into a house and killing a likeable teenage boy, had been delayed since 9/11.
This time the responsibility to save the world from time-warped visions shifts to sister Samantha (Daveigh Chase), who goes west with friend Corey (Briana Evigan) headed for Hollywood.  The weirdness starts in a small Utah town, first around a windmill (perhaps prescient).  She has the symptoms: she can’t dream.
She meets a couple of young men, most of all Jeremy (Jackson Rathbone), who is very cute – and denies that he is gay, somewhat rudely, in an establishing diner scene. There’s also adversary Randy, played by Gossip Girl’s Ed Westwick (and same kind of person here).  And there’s the bit about a meteorite with an element not on the periodic table, and a meteor shower at the end that reminds one of the opening of “Skyline”.
The DVD hints of a legal agreement in the use of Richard Kelly’s characters, but here the concept and storyline seem underwhelming.  I think one reason is that you really identify with the young (before full maturity) Jake Gyllenhaal in the first film, but there is no character here who deserves the same affection (despite all the aggressive actions that Donnie must take to save the world).
There are still some staples:  the Sparrow book, “The Philosophy of Time Travel”, and the idea that an artifact can come out of nowhere and create a rift in the primary universe. And there is a countdown to July 4 -- when we would all be doomed and nothing (but Darko) could save us.  Try Friday the 13th.

The DVD contains a short on the song "Utah Too Much."
Here’s the official site. As I noted when reviewing “The Box”, Kelly’s ideas are certainly interesting. In the Donnie Darko movie, I was critical of using California scenery to simulate Virginia, which it cannot.
Posted by Bill Boushka at 5:52 AM