MTV airs "DisCONNECTED", about the perils of living online 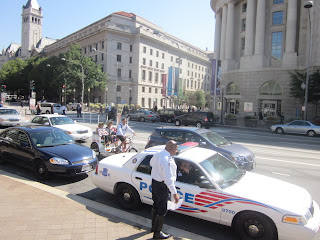 On Columbus Day, MTV premiered “DisCONNECTED”, directed by Leslie Libman, an odd drama that bounced back and forth mostly in skype chats among the teen and young adult characters in four different cities.  Yes, I like the way the guy (Jason Parsons) in Austin, TX looked!
Seriously, the characters are at best variable as to character and likeability – for me anyway. The 16 year old guitar composer and musician (Justin Preston) seems to be one of the more stable and articulate people (we get to hear one of his songs, not bad).  People that I know in “real life” in this age range – and see in Facebook, Twitter, etc. are “better” and much more stable and responsible than most of these people.  (The number of friends or followers doesn’t matter much;  the quality does.)  But, this is “only a movie”.
The jerky style of storytelling (so much of it embedded inside ping-ponging computer chat and videos) somehow reminds me of “Cloverfield”, “Paranormal”  or perhaps of the entire Dogme school – but in time real crises build up, and the horror will come from within.  One young woman comes unglued when her boyfriend in TX doesn’t text her often enough, and pretty soon she is disobeying Dr. Phil ("Internet Mistakes") and making a compromising video of herself that will, of course, go viral. A friend then suggests “Stay offline for a while”, as if that will get the video removed. Online reputation ruined. Even Michael Fertik can’t fix it. 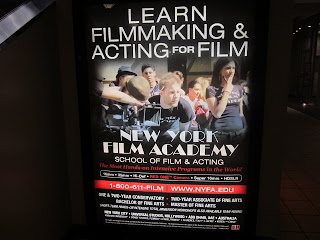 But then there is this guy Isaiah (Jordan Calloway), who bounced out of Army Basic with a bipolar personality disorder diagnosis.  Pretty soon he is willing to shock everyone with the ultimate stunt, with pills – that could take him offline forever. And there may be nothing on the other side.
One point is clear: these “kids” are using Web 3.0 or whatever for social combat only. There’s no concept of carrying out a debate or promoting one’s both of creative work online, except, ironically, for the teen musician-composer.  But even he can become unglued, posing the question of whether someone you meet online will be different in "real life".    His closing song is “Trying Not to Be Alone”  together.
A great line: “A year from now, nobody is going to remember this.”
MTV promotes the movie with its own article, here.
After the movie there was a discussion of the issues, and mention of MTV’s “A Thin Line” Digital Rights  project (link, which had trouble responding after the movie) .  The discussion mentioned the “It Gets Better” Project.  This week, Anderson Cooper is addressing bullying (including cyber) all week long on CNN with Comedy Central sponsorship (see TV blog, Oct. 9, and LGBT blog, Oct. 2).  The MTV show presented more real stories of online problems.  “Get off the computer.”  One panelist reported that the "It Gets Better" project that people have apologized when victims tell their stories on YouTube, through comments on the videos. Later, a male panelist said that people often drive others away from relationships by demanding too much attention online.
I'm still struck with one other impression. If you want to make a movie about the difference between "real life" and out own minds, try looking at dreams ("Inception").
Posted by Bill Boushka at 8:14 PM