"Mary Lou": Eytan Fox makes a TV concept into an ambitious musical set in Israel; the story is sadder than the music 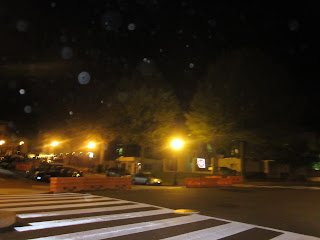 The “musical” is perhaps the most difficult of all film genres to pull off well.  The story has to be rich and serious, and the music has to reach the audience while matching the grim happenings of many plots. That’s one reason why “The Sound of Music” is still so successful, that match.
NYC-born director Eytan Fox, who has a repertoire of LGBT films set in Israeli, takes on the genre in “Mary Lou”, with the unusual experiment of first setting it up as a TV miniseries of four 35-minute episodes, in Hebrew.   The concatenation (which labels the episodes as "Parts") works quite well as a feature film, however long (over 140 minutes), and the story seems continuous, with the mandatory beginning, middle and end that all screenwriting professors demand. The television origin means that standard aspect ratio was used (full anamorphic widescreen is common in US musicals).
The music centers around the songs of 70s icon Svika Pick, with original music by Adi Goldstein, Ivri Lider, and Tzvika Pik. The overall effect is a tuneful but somewhat superficial atmosphere related to Israeli popular music, with overuse of relative major and dominant chords in somewhat modal minor tunes.  (Although the words “Mary Lou” are usually sung on a three-note downdraft to the leading tone, which is effective.)  The story would have lent itself to opera; and a challenge, as almost any modern composer would feel challenged to add tension to the music. 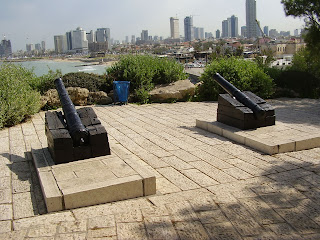 The setup is sad indeed. At age 10, young Meir (Amit Moris) is faced with the sudden, unexplainable disappearance of his mother.  His father (Schmuel Vilozni) is willing to live with the shame of the idea that she ran out on him. Mother had admired the songs of Pick and dreamed of being a diva herself. At 18, the grown Meir (Ido Rosenberg) goes on a search for his mother. He dyes his hair and puts on lipstick and dresses in a superficial drag and performs in the Tel Aviv clubs under the name Mary Lou (the title of his mother's favorite Pick song, which she sings to him as a little boy in a particularly touching flashback).  But he never takes the makeup of drag performances too far.  When “out of uniform”, he remains a thin and energetic  attractive male who keeps the shag on his arms and particularly his legs.  (Sorry, no bicycle races or swim meets, either.)  There follows a series of quests, barking up wrong trees (at one point he fears his mother was taken into the sex trade), and then relationships.  He falls in love with a macho, much more heavily muscled Israeli soldier, whom he seems to bring "out".  There is a scene where Meir shows up at the Army base, and the boyfriend fears Meir will ruin his military career – which is odd, because Israel is said to have fully integrated open gays into its military – an argument that was helpful in the recent repeal of “don’t ask don’t tell” in the United States.   (Fox had tackled the issue earlier with “Yossi & Jagger”; remember, Israel has mandatory military service, a draft, of both men and women.) Meir’s best friend Shuli (Dana Frider) drowns after another unrequited affair.
Finally, there comes the “revelation”, which would amount to a spoiler. But the concept had appeared in a very different film a few days ago (“Take Shelter”, Oct. 14).  Suffice it to say, frustrated fantasies can take one out of commission, completely.

The film shows Meir (as played by Ido) narrating some of the story, in close-up shots of him with no makeup, and looking quite appealing in natural appearance.
The film was screened Oct. 17 in Washington DC the Embassy of Israel by the Reel Affirmations 20 film festival.  The facility was small, and the screen relatively small. Unfortunately, the presentation stopped as the end credits started, when some of the better orchestral music might have been performed.  The little bit that I heard had more tension than the songs.  The film has also been screened at Outfest in Los Angeles (link ).
The film is written by Shira Artzi.  I found a sales site for the film from "Nancy Fishman Releasing"..  Distribution information and an official website have yet to be entered into imdb.   The Facebook page (from Fishman) is here. Strand Releasing, Roadside Attractions and Samuel Goldwyn Films have distributed the work of Fox (including the "spy thriller" “Walk on Water” and “The Bubble” [not to be confused with another film from Magnolia] as well as “Yossi and Jagger” before.

Nancy Fishman offers this YouTube video trailer.
Posted by Bill Boushka at 7:46 AM