"The Man Nobody Knew": A former CIA head's son presents a riveting view of life in the arency 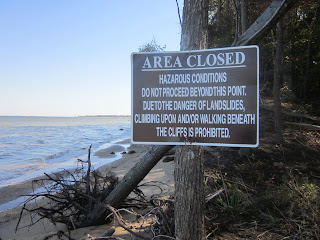 Landmark E Street Theater in Washington DC featured director Carl Colby, son of former CIA chief William Colby, commenting between evening shows of his documentary “The Man Nobody Knew: In Search of My Father, Spymaster William Colby”, from First Run Features.
While the documentary was motivated in part by family quest, it gives a valuable history and government lesson, especially for students, as it tells a story of how the CIA, born out of the needs of WWII, reconciles its need for clandestine activity for national security, with the law and the Constitution.
William Colby is presented as a somewhat self-righteous man who did not show affection easily.  His ex-wife, who survives his 1996 disappearance and drowning near the Chesapeake Bay at age 76, presents a coherent picture of the contradictions his life posed.
The film presents a particularly riveting picture of the role of the CIA (and Colby) during the time from early Vietnam involvement through Nixon, and the mess that Ford inherited in cleaning up the legal problems. The case is presented that the CIA essentially caused the Vietnam war, with all the problems, like the draft and the moral controversies over both student deferments and war resistance, that would follow.  The film has a lot of original black and white footage of paramilitary actions all the way back to Pearl Harbor.
The nature of the work of an agent comes into question.  Today, the CIA and NSA both present themselves as professional workplaces controlled by civilians, a long distance from the image in this film.
In my own novel manuscript, I have a protagonist character in his middle 30s who plays “spy” part time as an outgrowth of his own military service  while teaching AP history “full time” in a Texas high school.  (He uses well-prepared subs a lot.) In my (fictitious) book, he meets a gay college student and develops a relationship, a personal development complicating (and ending) his marriage, yet paradoxically drawing him deeper into discovering the next “apocalyptic” treat, which at first seems medical (a bizarre pandemic) which may indeed be a kind of “Andromeda Strain”, as well as (again paradoxically) strengthening his relationships with his own teenage kids. (I'll say more when I review "Red" [Nov. 2]).
This film certainly gives me a kind of yardstick to help me judge my own manuscript.The title of the movie reminds me of the Alfred Hitchcock thriller "The Man Who Knew Too Much", to which this film is a kind of antithesis.  (Remember Arthur Benjamin's "Storm Cloud Cantata" at the end of the famous film?)
The official site is here.
Posted by Bill Boushka at 10:18 PM