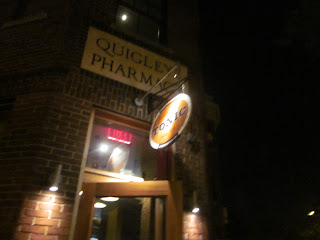 The “Best of the Fest Shorts” program for Reel Affirmations 20 took place Sunday night at Lisner Auditorium at George Washington University.  While waiting, one could grab a sandwich at the Marvin Center a half block away.
“The Maiden and the Princess” (18 min, dir. Ali Scher, USA) , a musical of sorts, was the most innovative film and the most important of the set. Emmy Adams (Tallulah Wayman-Harris) “accidentally” kisses a girl in a kids’ tag game in what looks like either London or a New England town.  Her parents, not pleased, arrange for her to be sent an appropriate fairy tale from the Grand High Council of Fairy Tale Rules and Standards, headed by Bernard (Julian Sands).  At least, she isn’t whisked away to boarding school (that would make another movie).  A writer and storyteller, Hammond (David Anders) is threatened with the loss of his tongue (and writer’s license) if the story he tells isn’t “right”. But Hammond breaks all the rules himself. The scenes with the Council are in tepia tones (with the hooded characters) and almost in black and white. The music (Corey Wallace) is a little more contemporary than usual, sounding sometimes a bit like Leonard Bernstein.  Here’s the official site. This is the only film I gave a 5/5.   The layered story-telling was quite interesting. At one point, the film showed an image of the screenplay (Final Draft?) of Hammond's "fairy tale".  Some of the concepts, of animated newspaper  images, have the look of the "technology" of Harry Potter's world.
“I Don’t Want to Go Back Alone” (17 min, dir. Danile Riberio, Brazil, in Portuguese) (“Eu Nao Quero Voltar Sozinho”).  Well, Portuguese is not as close to Spanish as I thought.  I couldn’t follow any of it without the subtitles. (I noticed this when I was in Lisbon in 2001, with that short bus trip to Fatima.) Here Leonardo  (Ghilherme Lobo), a blind teen, wants the attention of classmate Gabriel (Fabio Audi) after a history teacher assigns them to work together on a report on Sparta. (The girls work on Athens.)  Giovana  (Tess Amorim)  would interfere.  A sweaty t-shirt becomes an important prop. The film explores how a person explores sexuality without visual cues that most of us depend on.  The film makes Sao Paolo look modern.   Here is the official site.
“No Direction" (13 min, dir. Melissa Finell) has a recent college graduate and philosophy major, of ambiguous gender, Jamie (Harper Gernet Girard) falling in love with a GPS robot her parents give her.  When I moved to Minnesota in 1997, I learned about the world of philosophy majors.
“Public Relations” (17 min, dir. Gianna Sobol, USA) as a public relations director take her “phone pal” girlfriend on a cross country road trip to LA from NY without warning. Not quite Thelma and Louise.
“Franswa Sharl” (14 min, dir. Hannah Hilliard, Australia). A teenager, Greg, enters a pool contest on a family holiday to Fiji, and does not please his macho father by cross dressing.  The alternate low-focus photography did not work for me.
“The Queen” (8 min, dir. Christina Cole) has a Korean-American young man working for a parents’ dry cleaner quite taken by the opportunity presented by a female customer’s prom gown.
“52” (4 min, Josh Levy, Canada) has an aging gay man exploring the alternate realities of dreams, as with “Inception”. This film was shot in 2.35:1 and was projected cropped.
“Gayby” was reviewed here Sept. 12, 2010, for DC Shorts. But the point that a woman needs to have a baby “naturally” to inherit trust money is well taken.
Posted by Bill Boushka at 6:18 AM