"Incendiary: The Willingham Case" is a riveting documentary of what could happen to anyone responsible for others at home 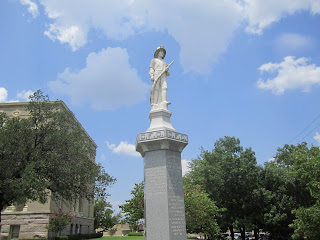 It’s pretty much a cultural expectation that if you are personally responsible for the safety of dependents, and something happens to them, the consequences for “you” can be harsh.
But you are still entitled to proper application of the law, due process, and the rules of evidence.
Just before Christmas in 1991, a house fire (in Corsicana, TX) killed the three little girls of Cameron Todd Willingham. Pretty soon he was charged with arson and murder, convicted, and in 2004 he was executed. As the film shows, both his wife and even his defense attorney pretty much turned against him (the behavior of the attorney was perplexing, although I presented a similar situation in my screenplay short “The Sub” and have continued experimenting with that idea in my “Do Ask Do Tell” script).  Fire investigation has come from a “good old boy” culture that seems to resist science and doesn’t require police to have much training.  And politicians – most of all, Texas governor Rick Perry (and now GOP candidate) – threatened very much (as Perry’s reelection could have been ) do all they can to sweep the re-hearings under the rug.
Such is the setup of the riveting documentary “Incendiary: The Willingham Case”, playing at the Landmark E Street Cinema in downtown Washington DC (ironically, and safely, across the street from the FBI Building).  Directed by Joe Bailey Jr. and Steve Mims, it seems to have total self-distribution, with no identifiable corporate distributor named in the credits.  (Since Landmark has some business ties with Mark Cuban and Magnolia pictures, it would seem that Magnolia ought to pick it up now.  This would have made good subject matter for Participant Media, too.)
Here is the official site.  It has won awards at SXSW and at AFI Silverdocs.
Here’s the full report (2009) on the Analysis of the Fire Investigations in the case, embedded from scribd at this blogger post.
Okay, maybe Willingham wasn't a good person (this is secondhand "opinion"), but that shouldn't affect justice. The film spends some time on what life on death row in Texas for years is really like.  Toward the end of the film, there is some speculation about what could have really caused the fire, and it does sound like the cause could have been electrical.  The film does cover the debunking of supposed theories about accelerants and flash-overs.
Here is a YouTube video, 14 min, of an SXSW interview of the filmmakers.
The filmmakers appeared at Landmark this weekend, but I didn’t get to the film until Monday because of the HRC Dinner.
ABC 20-20 (and Nightline) had reported on the Willingham case in May 2010, with main story here. I recall that show, and that it made the point that when someone survives an arson where other dependents (whether one’s children or perhaps elderly) die, law enforcement will always try to nail that person, out of popular political pressure.  MSNBC shows several AP stories, including one where another inmate is freed on DNA evidence (the latest, by Will Weissert, refers to Michael Morton, is here.)
The film also referred to the Innocence Project (link) and attorney Barry Scheck, from the OJ Simpson trial of the 90s.
The film should not be confused with a British thriller “Incendiary” reviewed here Nov. 29, 2009.
Wikipedia attribution link for Firefighter's memorial picture in Corsicana. I would have seen it when I lived in Dallas in the 80s.
See also the TV blog, Oct.25, 2011, for a similar film ("Death by Fire") by PBS Frontline.
Posted by Bill Boushka at 7:40 AM