"In Time": When life spans become fiat money (and what happens to Justin Timberlake to play the role; immortality will cost you)) 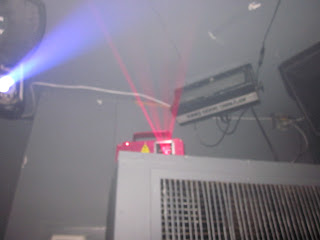 Movies can create new worlds, with new topologies or rulesets, and make us believe we can live in them.  Sometimes (as with “Inception” or the “Matrix” series) they work.  Sometimes premises seem like artifices to satirize some moral imbalance, and really don’t even reach the status of dreams.
One important issue concerns the “cost” of providing for people as they get older.  A few films have demonstrated various fascist “solutions”.  With “Logan’s Run”, in the 1970s (filmed around the Zale Building on Stemmons in Dallas) nobody could live beyond 30.  I wondered how a late 20s yuppie could want to be complicit in his own end a few years later, or not even know about it.  One can imagine totalitarian horror movies based on variations of this theme: say, a gestapo, enforcing "body fascism", that seeks out and eliminates people once they are past reproductive age, or women and men with any sign of decay, like baldness (maybe even in the legs).
If people “cost the system” as long as they consume when they don’t work, it may make the ultimate logical sense (and show the minimum of human compassion) to play games with relativity and treat time as money – literally. You earn time to live, and if you spend it all, you drop dead.
Such is the premise of the satire (I am generous in calling this Fox film by Andrew Niccol that) “In Time” (I actually thought it was “Just in time”, for "Justified" Justin Timberlake, who plays hero Will Salas).  Call it fascism, or maybe “Darwinian capitalism” (as in the film).  And of course there seems to be a reference to the “Occupy Wall Street” movement, except that the film was made before the movement started. The rich get to game the system.  “Many must die so that a few may be immortal.”
The “rules of engagement” make for artifice indeed. Medicine has programmed us so that everyone stops aging at age 25, supposedly the human biological solstice. You get one free year, in which you have to start earning and accumulating more time that you can live.  Actually, if a gene could stop aging at age 25, that would violate the Second Law of Thermodynamics (increase in entropy is unavoidable), a law which on its face sounds like it makes the existence of angels questionable, at least in terms of physics as they teach it to AP students.
"Your" time-life account is read from a meter tattooed (of sorts) into your forearm. Now, one could say this is a nasty metaphor for the concentration camp marks, but it’s worse.  Instead of the natural location on the underside of the forearm (where you would do a tuberculin test).  The “hit counter” instead is on the upper side, which for many males presents an issue -- every male in this truncated society is "ruined".  In most scenes, Justin Timberlake’s forearm looks shaved and slightly regrown as stubble, so that the meter can easily be read and used to transfer time credits with others.  So it is with everyone. (The transfer scenes look something like asexual conjugation.)  Of course, Timberlake is no stranger to modifying his body (ever since he left ‘Nsync).  In both “Alpha Dog” and “Southland Tales” he was shaven (as if body hair were as optional as a beard), and in “Alpha” covered with even uglier tattoos.  Only in “The Social Network”  (as Shawn Parker) did he look like his fully masculine self (not even on “Ellen”).  It seems as though actors, especially, have to survive Halloween.   In this movie, Cilliam Murphy (the Timekeeper, who lives day-to-day ) and Vincent Kartheiser (the magnate who looks 25 at 85) also have “that problem”. (Murphy, however, was changed for “Breakfast on Pluto”.)

When the DVD comes out, there will probably be some director's commentary. It will be interesting to hear his explanation of the positioning of the "time meter" on the body.
"You earn your time."  But at least, in this movie, there can be redistribution of wealth, and expropriation of immortality -- a Purification.
Here is the official site.
Posted by Bill Boushka at 8:13 PM