HBO's "The Strange History of Don't Ask, Don't Tell": a compelling history of the military gay ban and its end 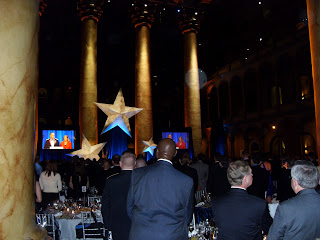 It’s not too often that I would “go to the movies” at 8 AM. In fact, this morning I was awakened by a heavy autumn thunderstorm, and hoped that it wouldn’t cause the power or cable to drop.
Somehow, in the merriment of Sept. 20, the day “Don’t Ask Don’t Tell” was repealed, I overlooked the airing of “The Strange History of Don’t Ask, Don’t Tell”  (directed by Fenton Bailey and Randy Barbato) on HBO.  Today, it re-aired on HBO Signature and is available on-demand (which I haven’t tried to use) until Dec. 31.  (I’ve had trouble with recording cable recently; that was another distraction.)  As documentary film, it turns American history into real storytelling, and yet retains a touch of a Ken Burns style. 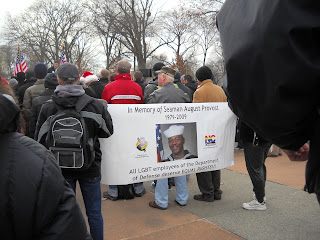 The dour music score, by David Benjamin Steinberg, caught my ear. It sounded constantly ready to erupt into Josh Groban’s passionate “The War at Home,” a four minute hymn which would be entirely appropriate for this subject matter, and cost a fortune to license.
The film does start with a brief history of the role of gays in the military, all the back to ancient Sparta (and then Alexander the Great [causing Warner Brothers a flap with its Oliver Stone film "Alexander" in 2004], and Richard the Lionheart).  It covers the clumsy attempt to ban gays during WWII, based on the (very false) stereotype that gays were “effeminate of body”, etc.  It  then covers briefly some of the cases before the Clinton “don’t ask don’t tell’ era, especially Leonard Matlovich (which became a TV film in 1979, “Matlovich v. U.S. Air Force”), Copy Berg, Perry Watkins, and others.  Then it launches us to 1992, when a younger Bill Clinton is running for president, and then into, with some detail, the debate all spring of 1993 on the plan to lift the ban, finally leading to President Clinton’s speech on July 19, 1993 at Fort McNair, where he proposed “don’t ask, don’t tell, don’t pursue”  (as documented in Stanford Law School’s library, here).
The film covers many of the eccentricities of the 1993 debate, such as the concept of “unit cohesion”, and the awkward notion of “privacy” in a military environment.  Sam Nunn, Charles Moskos, and Colin Powell all make their appearances.  There is a question as to whether sexual orientation is, unlike race, a “behavioral “ characteristic.  Senator Nunn’s low crawl on the USS Hammerhead is shown; I would repeat it myself with a visit to the Sunfish docked in Norfolk.  Tracy Thorne’s testimony in Norfolk appears, when he was rebuked by Senator Strom Thurmond who said “It isn’t natural….” and the Naval audience (fresh off of Tailhook) cheered.  (I have to give Sam Nunn’s post-Senate life credit; he is a leading authority and stopping the proliferation of nuclear raw materials.)  Former midshipman Joseph Steffan, author of the 1992 book “Honor Bound”  (my books blog, Oct. 10, 2007) appears (now in middle age).  Keith Meinhold ("I am proud of who I am") does not appear.  Greta Cammermeyer testifies how she disclosed her lesbianism as part of a security clearance investigation and was discharged.  (She was played by Glenn Close in “Serving in Silence” (1995).)
I recall here that Barney Frank had suggested what became Clinton’s “don’t pursue” (and Frank often appears in the film).  Frank, in 1993, tried to make a division in policy between being “on base” and “off base”, as in the civilian world, where it does not always work even there.  Yet, a friend of mine from Adventuring once said “Barney Frank stabbed us in the back”.
The film moves on, in somewhat telescoped fashion, to the failure of “don’t ask don’ tell” to protect servicemembers when they tried to remain discrete.  Aaron Belkin, from the Palm Center (formerly the Center for the Study of Sexual Minorities in the Military, at the University of California, Santa Barbara) often speaks, especially in this portion of the film. (I visited Belkin on the UCSB campus in February, 2002.)  Gradually, the national security dangers of the policy become apparent.

The film covers some of the more recent cases, such as Mile Almy, who reports being escorted off base after his email was intercepted after his leaving a previous assignment, for no reason. The interview scene with him shows a chess set a game started. (Steffan had mentioned playing a lot of chess in his summer submarine tour.)  Lt. Dan Choi (West Point graduate), important in the last year with his unusual protests, also appears.
The fall of the WTC towers on 9/11 is briefly shown.  The obvious point that the discharge of gay linguists may have led to documents not being translated or intercepted fits in. 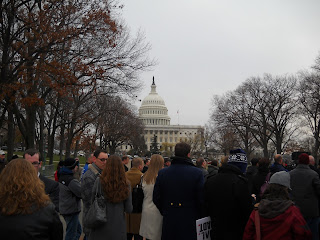 The final part of the film covers the gradually accelerating push during the Obama administration to repeal “don’t ask don’t tell”, especially during the lame duck session after the 2010 elections.  John McCain tried to act a bit like a bully. But the tone of the debate was much “kinder and gentler” (even in conservative parlance) than it had been in 1993.  Patrick Murphy and Joseph Lieberman would introduce a stand-alone bill with a convoluted “certification” process that would pass on Dec. 18 finally lead to repeal in September of this year.  Murphy did not win reelection to Congress.  Murphy often appears in the film, as does Aubrey Sarvis from SLDN (and Dixon Osburn, former director, at least once).  A scene from the SLDN Annual Dinner at the National Building Museum on March 2010 is shown (I was there).  The “final” rally at the Capitol north lawn on Dec. 10, 2010 is shown, and I think the camera barely missed me.  While I was at the rally, my mother back at home took a sudden decline; I received a cell phone call in the middle of Michele Benecke’s speech.  She would pass away at age 97 Dec. 14; she had lived long enough to know that my own subterranean repeal efforts had worked (although I don’t think she could comprehend it at the end). 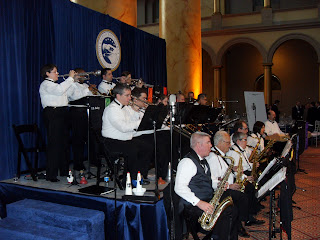 This film presents the history of DADT in a visually and dramatically effective fashion like no other. It ought to a theatrical release.  I will personally look into the possibility. In the past, HBO films could be released by a (TimeWarner) New Line brand called “PictureHouse”; maybe the brand should come back, or maybe I could jump in with my own “Do Ask Do Tell” and make it a movie distribution brand.
The one big area the film does not cover – and that I think is left for me to do in film (“Do Ask Do Tell” again) is the connection of the military policy to civilian life and the example it can set. Actually, at one point, the film mentions some pre-Stonewall demonstrations in 1964 (just before Vietnam heated up) to the effect that the military (specifically) is a cause of oppression of gays.   My expulsion from William nd Mary in the fall of 1961 as a freshman (“BillBoushka” blog, Nov. 28, 2006) became the locus for my 1997 “Do Ask Do Tell” book, and on a certain level the book draws on the “barracks” (aka dormitory) “privacy” analogy (possibility relevant to the tragedy at Rutgers in 2010—all these things are connected).   Charles Moskos had actually commented on this, before deciding after 9/11 that conscription should come back and that DADT should be repealed (he even said that to me in a Nov. 2001 email).  At one time, as in HBO’s previews (below) he had said “a strict ban” on gays was necessary for unit cohesion.  That would imply continuing to “ask”, but Moskos supposedly coined the phrase “Don’t Ask Don’t Tell”.
But the connection is layered. The concept of “unit cohesion” corresponds to bigger ideas in the larger “civilian” community, like shared vision and solidarity, and openness to interdependence, ideas which may become connected to sustainability, especially as the environment as challenged and as longer lives connected to demographic changes like smaller families lead us to reconsider how we build our own attitudes to other people.
The film did not cover, as much as it could have, the role of the online world (the Web and social media) in undermining DADT.  Without Facebook, etc., it might not have been repealed. In the modern world, our idea of “privacy” has certainly changed.  And its interesting to me that Mark Zuckerberg, from Facebook, has said that a double identity shows a lack of “integrity”.  And yet a double life is what “don’t ask don’t tell”, even in the words of William Jefferson Clinton, espoused.
Hers is the site for the film. 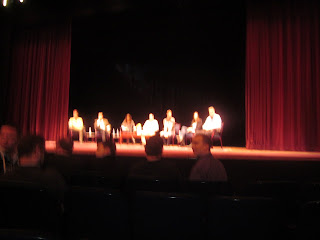 Hi Thanks A lot about Your Articles ... very Nice
Beauté Blog
Santé Articles