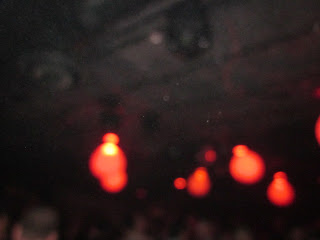 People will try almost any idea of seemingly improbable combination of problems for a movie story idea.
So it is with the first “Shank” (2009), a grimy British drama, directed by Simon Pearce, where a young British man Cal (Wayne Virgo) in a working class gang in Bristol, England has to come to terms with his own homosexuality, in a situation where a female Nessa (Alice Payne) calls the revenge shots.
The noun upon which the film title is based has several meanings, including a well-known game, and any of them could apply.
It starts when Cal "rolls" (to use a term common a couple of generations ago) a middle class man Scott (Gary Summers) in an outdoor car scene that is explicit but brutal in its depiction of the random dangers of cruising (augmented by sniffs).  He then has an interest in Scott's friend Jonno (Tom Bott).  But he gradually has a change of heart after rescuing Oliver (Marc Laurent) from an attack, and then falling for him. The film then moves from explicit scenes of tenderness to a brutal and finally tragic conclusion. 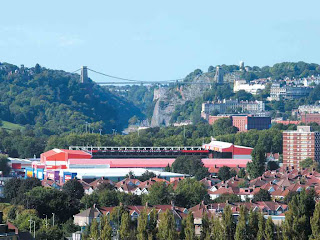 The film is distributed by TLA Releasing.  The official site is here.
The DVD has an extra ("From Behind") on making the film, where the director explains his ideas about the confluence of all walks of life, specifically for closeted gay men.

Laurent, on the DVD, discusses the issue of performing actual “acts” when in such a film (officially not rated, probably in NC-17 territory, but if it borders on “soft core”, it certainly has a rich plot and real acting, which distinguishes it from the intentionally “adult” market).  The DVD, however, also shows the cast doing regular gymnastic calisthenics and later karate before a day’s work on the set.
The film was shot for a pretty low budget of about 20000 pounds.
The film should not be confused with a 2010 film of the same name by Mo Ali, around some of the same themes, a future decay in London (which we’ve already seen this year with the flash mobs).
Wikipedia attribution link for Bristol picture.
Posted by Bill Boushka at 7:20 AM