"A Mile in his Shoes": A mildly autistic young man learns to pitch; good enough for MLB? 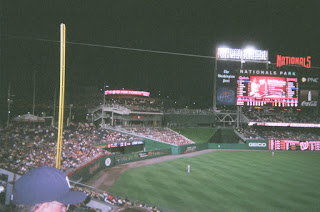 On this weekend of baseball movies, just before playoffs, the Gospel Music Channel (GMC) ran “A Mile in His Shoes”, the story of an autistic young man who becomes a successful pitcher in semi-pro ball. It’s directed by William Dear, based on the story by Frank Nappi.  It appears to have been filmed in British Columbia, but the script places it in Ohio.
Luke Schroeder plays Mickey Tussler, the farm boy who has been sheltered by his parents, especially his father who looks at farm work as the only real world anyway, almost Amish in values.  The father doesn’t believe its morally OK to play games for a living, not even for the Yankees.
The mother announces that has he has “Asperger’s Syndrome”, and the script is somewhat condescending in the way it characterizes it.  True, I had some of the same tendency to take things very literally, but the actual symptoms in my case were much more subtle.
True, Asperger’s is part of the Autism Spectrum of disorders, but whether mild lack of socialization and a tendency to distance oneself from people and view them as “objects” rather as just “people” (and that tendency seems to be related to genetics) should be regarded as pathological when someone achieves a lot anyway is both a practical and perhaps a moral question. There is plenty of debate on the web as to whether Facebook founder Mark Zuckerberg has Asperger’s – the film “Social Network” would suggest that but may be a misportrayal. Maybe “social empathy” is a quality that naturally varies among human beings the way it does among many animals within a species (like cats). (Here's a typical link from Gawker on Mark; but I don't think his retort "Is that a question" to Leslie Stahl is "pathological" on 60 minuutes: I think it's hitting rude speculation from her out of the park; see "Bill Boushka" blog Dec. 2, 2009 for story on that interview .)

In short, the social deficit associated with "Asperger's" is a disability when it is -- a tautology. Modern technology offers people who are less directly communicative new ways to succeed and interact with others, not available to earlier generations.
In the film, Mickey is obviously disabled, but it’s hard to say if this is the result of mishandling by his parents and schools. It may well be.
The story, however, rocks, even if it follows a trite formula in screenwriting for maintaining rooting interest.  (By way of comparison, you don’t root for Zuckerberg in “Social Network” in the same sense.)  A scout discovers him by serendipity; he learns to pitch by throwing apples. Later, as he adjusts to a demanding social team environment ("unit cohesion"), a few of the teammates bully him, forming the middle section of the story; but the main motive seems to be turf protection.
I like the climax. It may be too much of a spoiler to say that Mickey strikes out his nemesis on three pitches, the last one a dreaded knuckle ball, worthy of Texas Ranger’s 1980s ace Charly Hough.  (Watch out for that good old two-strike pitch.)
Technically,  the young man pitches without a windup and has an odd delivery that fools hitters, a bit like San Francisco Giants star Tim Lincecum (or possibly the Nats' rookie Tom Milone).
What I wanted to see, of course, was to fold this movie into “Moneyball” and see Mickey make it in the Majors.
A theatrical release would come from NGN releasing.
On my Book Review blog May 18, 2008, I review the book "The Game of My Life" about J-Mac and basketball; that book supposedly has been bought by Columbia Pictures.
Posted by Bill Boushka at 6:59 PM

If you really want to see Mickey head to the majors, keep reading. The sequel SOPHOMORE CAMPAIGN and the third book in the trilogy WELCOME TO THE SHOW will satisfy the hunger.