"The Loss of Nameless Things", a biography of Oakley Hall III 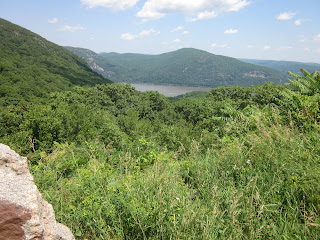 In 1978, aspiring but reckless playwright Oakley Hall III, director of the Lexington Conservatory Theater in upstate New York, fell off a bridge in upstate New York at age 78, to suffer horrific and crippling head injuries.  Years later, the play he had been working on, “Grinder’s Stand”, would finally be completed, and produced in 2002.
The documentary film for PBS Independent Lens “The Loss of Nameless Things”, tells the tragic story through interviews with everyone who knew him.
The film gradually introduces the menace of the bridge with images of it, and stories about how daredevil boys would climb over the girders as proof of their machoness.
Gradually, Hall makes his own appearances in the film, somewhat able to communicate his sense of his situation and loss of memory.  He appears at the production of his play at the end of the film.
Hall recovers much more intellectual and social function and former independence than doctors predicted. His injury had been described as an accidental lobotomy.
There’s a proverb early in the film, “Genius doesn’t pay dues.” Later, “a little child makes you smarter.” Later, there is a comment when he reaches age 52 that "the two jokers in a deck of cards should be counted."
Hall died in early 2011.

The DVD includes an excerpt from "Grinder's Stand"  (name misspelled on the DVD TOC and "Ginder's" as well as readings of Oakley at Meriwether, comments at Random Lake, and more readings from "Kindness".
The PBS site for the film is here.
Posted by Bill Boushka at 6:47 PM