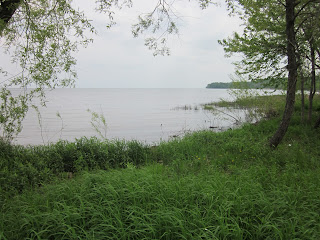 The Australian director of “Leap Year” (“Ano Bisiesto”), Michael Rowe, lives in Mexico and says he needed to do a film with few characters and locations to stay within his means.  But the idea for the story – a lonely conservative female journalist who not only accepts put pushes a (heterosexual) S&M relationship with a wanna-be actor – came from a friend. He says it took hold. (As for locations, most of the story happens in the journalist's modest apartment in an unnamed city, much as if it were a stage play.)
The film starts innocently enough: Laura (Monica del Carmen) is leaving a typical Mexican supermarket. Laura looks indigenous, and in line has been a good looking European man. But that’s a false start. Then there is some family stuff, before she meets Arturo (Gustavo Sanchez-Parra),  also indigenous, and, maybe disappointed at first, winds up doing anything she has to do to keep the relationship.
The film becomes graphic, with details that need not be repeated here.  Much of what one can imagine happens, on camera (all NC-17 territory if the film were submitted for rating, which it hasn't been).  In the end, she presents him with a challenge that could set off the next Bundy. Is this a prequel to a Spanish-speaking “Silence of the Lambs”?
The incidental scenes between the encounters, however, provide a political context. She loses her position as a columnist for failure to fact-check – all of this is in a phone chat with Oso, her editor – who never needs to appear in the film (good for the budget). There was a genuine misunderstanding as to what fact checking was necessary and when it would be published.  Could she make it as a standalone blogger?  Good question, but probably harder in Mexico.
She also gives a political theory that pretty much explains the international debt crisis. She says that governments revert back to providing security and provoke problems to make government necessary. Pretty perceptive.  Mexico, remember, does not have Europe’s welfare states.
But the view of sex is something that is totally physical, explosive, and ultimately meaningless, leading to no existential theories. Yet, Laura has marked Feb. 29 on her calendar as a date that expresses a frightening singularity.  But she can always turn the calendar.
The idea that Arturo is an aspiring actor and “performer” is interesting. In one of my screenplays, “Make the A-List”, a young actor auditions for a film in which the director will depict the director’s own earlier incident with a friend of the actor, and its enormous ramifications today.
I received a demo DVD from Strand. The availability date is Oct. 11, 2011.
The official site is here.
This film should not be confused with the 2010 Universal comedy “Leap Year” by Arand Tucker, which I have not yet seen.
Posted by Bill Boushka at 7:37 PM