"La moustache": a wicked French satire on the external trappings of manhood 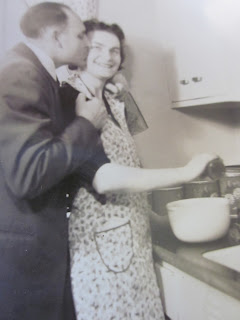 I wonder if screenwriting teachers like Emmanuel Carrere’s adaptation of his own satirical novel “La moustache” (2005), from Pathe, Cinema Guild and Koch Lorber.
First, it seems ironic that the noun “en francais” is feminine. The film doesn't strike me as a thriller or mystery, but just as satire
Is this a "comedy" about one’s internal focus on the external trappings of manhood, or part-objects? I guess I should try to write “La grande comedie” about what happened to me as a “mental patient” at NIH in 1962, at age 19.
This film gets into that territory.
One day Marc (a ripening Vincent Lindon), sitting in the bath, asks his wife (Emanuelle Devos), “how would you like it if I shaved my mustache?” Well, when he does, she, and all of her friends, and it seems as though the whole world deny he ever had a mustache. He almost gets committed (not to NIH, which is not in France) over this, and even runs away to Hong Kong.  The “external appearance” issue even causes issues with airport security.  He’s on the lam.
I thought, what if you wrote the same script about chest hair?  Maybe that would please conservative writer David Skinner, who wrote the essay “Notes on the hairless man” in the June 1999 “Weekly Standard”.
My own father had a mustache, and used to say “men like mustaches”.  There was a bar in Greenwich Village, “Your Father’s Mustache”, and I once had a cat (“adopted stray”) named Mustache.
Back in the 1970s, everyone on Castro Street wore mustaches.  In recent years, facial hair and beards have been coming back, and Ashton Kutcher said, about what happened to him when he played in “Killers” has said that chest hair is finally coming back.  We are no longer a nation of men without chests, but France may be a nation of men without mustaches.
The official site for the film seems to be a joke blog now, but is rated OK.  The music score has a typically Gallic rollicking quality (and alternates a lot between major and minor) – and it’s by Philip Glass!
Posted by Bill Boushka at 9:33 PM