"Apollo 18" is an interesting film-making experiment; the "ET" premise is actually plausible 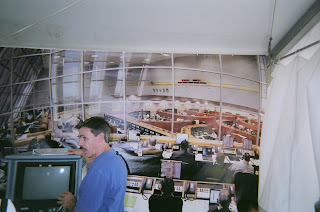 I’m a little perplexed about the way the little indie sci-fi experiment “Apollo 18” got released.  Directed by Gonzalo Lopez-Gollego and produced by Bekmanbetov, and with “executive production” from The Weinstein Company, it was sneaked in to Labor Day release by horror film distributor Dimension Films without pre-screening. 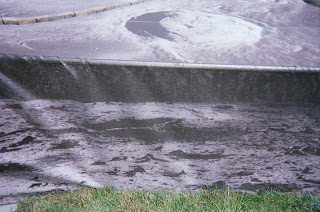 The premise of the film is that NASA has some classified footage as to why we stopped going back to the Moon.  Three astronauts who died in plane crashes in the early 70s without body recovery are purported to have been on this mission to the Lunar south pole, where they found a wrecked Soviet lander.  When one of the men (Nate) goes out on patrol to investigate, something gets into his spacesuit.  Back in the module, another buddy opens up his spacesuit, revealing a smooth chest covered with electrodes (remember a “preparation” scene like this early in Apollo 13!) and a gaping wound slightly below. The buddy pulls out a metallic artifact out of his body. It seems as though Nate is infected by a device that had reconstructed itself from nanobots left from an extraterrestrial civilization.  And of course, neither the Russians or America’s own national security can let the men come home and contaminate the Earth with “infection” from these nanobots, well predicted by Michio Kaku.  If extraterrestrials have left their progeny on the Moon, it's likely that this is how they would do it -- imagine nanobot life as a step up from retroviruses -- but then why didn't they fall to Earth?
Of course, what’s interesting about the film is the style:  choppy footage (presumably faked for the movie), often just in 4:3 aspect, much of it black and white, making it look like an old movie, or a docudrama. That’s where the indie experimentation comes in to play.
Yet, the style of filmmaking and storytelling, far from that of the inspirational “Apollo 13” (Ron Howard’s epic for Universal in 1995, which kids in middle school science watched when I substitute taught),  or even the quizzical and conspiratorial “Capricorn One” of the 1970s (or even the Fox classic "Alien" series), is more like that of Sony’s “Moon”.  The claustrophobia of life on the lunar lander, including sleeping in hammocks, comes across well. 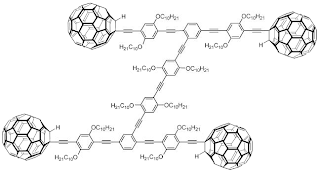 I saw this at the AMC Courthouse, in a large auditorium, which wasn’t necessary. The Courthouse has been sharing more of the responsibility with the Shirlington lately for independent films. Given the young adult demographics of the Courthouse area in Arlington, that sounds like a good idea. The Courthouse theater is in need of renovation as a modern indie house.
Here’s the official site link.
There is another site “lunartruth.org” that doesn’t respond, with a note about it on Yahoo! here.
YouTube “Beyond the Trailer”. “Maybe some footage is meant to be lost”.


Wikipedia attribution link to picture of Nanocar.
Posted by Bill Boushka at 6:31 AM