"Abduction": We love Taylor Lautner; if only he could be an ET and not know it (and that's no spoiler) 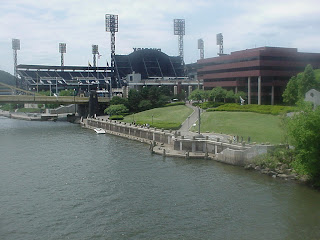 “Abduction”, the new B-movie thriller with Taylor Lautner (he turns 20 in February, so perhaps he is still America’s wealthiest teen) was not screened by “professional” reviewers before its release by Lionsgate – despite all the hype.  And, yes, Lautner’s body is still making its own changes, and the camera (directed by John Singleton) dawdles on him.
The trouble is, the plot is so frantic, and chase-driven, that it really would be believable only if the explanation were supernatural. For a while, you wonder if Nathan (Lautner) really might be an alien. Yet, with more finesse Afred Hitchcock used to take chase plots like this and make them work. Remember "The Man Who Knew Too Much"? (and Arthur Benjamin's "Storm Cloud Cantata". That's what this movie needs.)
The film has a long prologue. He see Nathan joy riding, and then his father, in suburban Pittsburgh, is so intent on making him super at defending himself.
When his sociology teacher assigns a term paper and arranges him to work with a potential girlfriend (Lily Collins) to get a teamwork grade, the setup is perfect. The classwork assignment leads him to look at missing’s persons websites and find himself, as a child. And then we quickly learn that it is a phish. ain
But the plot to run from is so preposterous as to defy description.  No, the CIA isn’t like that.


Sigourney Weaver has taken a step down from playing Ripley in Alien(or in “Death in the Maiden”). She plays Nathan’s therapist.
There’s an Amtrak train ride, with a stranger on the train, and a climax at a Pirates game (including a homer) where Lautner does his famous stunt.
Here’s the official site.
I saw this in the AMC Courthouse Theater in Arlington before a small crowd, 7:50 show.
Posted by Bill Boushka at 8:06 PM