"Witnesses": gritty thriller from Croatia about the horror of the early 90s war, with "vantage points" 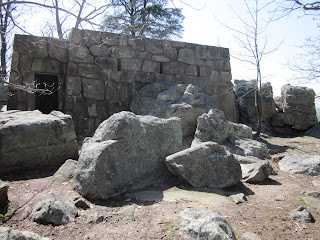 The word “witness” occurs in movie titles a lot.

Recently, I rented the well-produced and expansive, if brief, Croatian film “Witnesses” (“Svjedoci”), from Vinko Bresan (2003), from Film Movement. A man and his family are assassinated in a kind of home invasion, and there are multiple witnesses. The film traces several characters, affected by different poits of view. But this film is not so much about what happened (like “Vantage Point” by Pete Travis and Columbia in 2008) as how it affects the characters going forward. And generally, it’s badly. There are family strifes over the sacrifices already made (one man has lost a limb), and a general mood supporting the “ethnic cleansing” that the media reported back in 1993 about Bosnia. One man urinates on his prisoners, and another blows up a religious statue, almost the way the Taliban did in 2001 in Afghanistan. There is a certain meanness to all of this, a willingness to mow down victims for “my side”. Sound like our current political crisis?

Apparently the film did well at a 2004 Berlin Film Festival. The on location photography, 2.35:1,however rain-soaked and gray, is stunning.

The DVD has a short, 13 min, “Little Terrorist”, by Asvin Kumar. A little boy, Jamal, a Muslim, crosses the border from Pakistan into India, and is sheltered by an Indian family that shaves his head as a disguise.

There are a couple other major films about “witnesses”. One is “The Witnesses” or “Les Temoins” (2007) by Andre Techine (Strand Releasing), about a young man from North Africa who develops AIDS (even Kaposi’s Sarcoma) after befriending a physician and a police officer.

But the best known film with this title keyword is “Witness” (1985, Paramount) by Peter Weir, where Harrison Ford plays a cop who must work with an Amish family after a woman from that group witnesses a murder.

And don’t forget Billy Wilder’s convoluted “Witness for the Prosecution” for United Artists in 1957, courtroom drama with unbelievable last minute surprises that questions marriage itself, all the way back then.
Posted by Bill Boushka at 7:31 AM