"Nobody's Child": Biography of Marie Balter shows how over "treatment" of mental illness perpetuated it 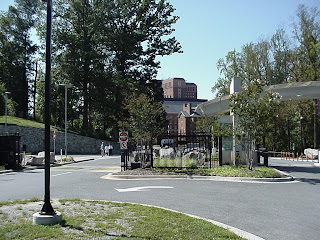 Netflix offered for instant view the CBS/Gaylord 1986 film “Nobody’s Child”, a biography of Marie Balter (Marlo Thomas), directed by Lee Grant, and curiously limited the time it would be available (don’t know why); no DVD yet.
The film tells the story of a woman (Balter) who, after a suicide attempt driven in large part by a failed relationship with her mother, spent two decades in Massachusetts mental hospitals, before getting the help it took to move back to being “on the outside”, eventually having a romantic relationship with another patient that would end in tragedy, and then going to college and becoming an advocate for mental health at the very places that had “treated” her.
The early part of the film happens in the early 60s, when Balter is kept over medicated and over-treated (with shock treatments), and remains a vegetable. Slowly, she learns to do things for herself again (there is a scene where she pours milk from a bowl into a glass).  It becomes apparent that many of her schizophrenic symptoms may have been induced by the “treatment”.
In a review of “Frances” here June 27, I discussed my own experience with “inpatient treatment” back in 1962.  In my circumstances, female patients tended to be much less intact and much more heavily medicated.  In one incident, a female patient feigned catatonia during a group therapy session.

One aspect that I remember well: therapists and nurses would use euphemisms. They would say a particular patient was "not able" to do what is expected. How does personal responsibility fit in to such thinking?

I also remember the "occupational therapy", which in my case comprised working in a lab with cancer patients' urine samples.  The "occupational therapist" talked about learning the discipline to stay with repetivie tasks.  That shows in the movie, as Marie is rewarded for being able to work increasingly long days as a clerk, but still sometimes sees demons in the typewriter.
The film, dating back to the 80s, has the style of a Lifetime movie today.
Here is a YouTube video (embedding disabled) where Marie Balter speaks herself. 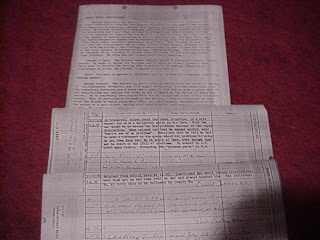