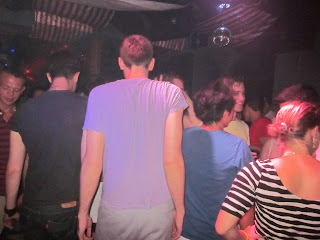 The “ScotFree” (Ridley Scott and Tony Scott) and “National Geographic Entertainment”  -- and YouTube -- have given us a “social experiment” with amateur filmmaking, with a collage of several hundred clips in “Life in a Day”, which was Saturday, July 24, 2010.
The “directors” (editors and selectors) are listed as Kevin Macdonald, Natalia Andraidis, and Joseph Michael.
Here was Google’s own original blogger entry on the “contest”: link.  The clips very definitely give a feel for "Earth One" (all of which reminds me of "Another Earth", just reviewed, or the 90s series "Earth Two" with Antonio Sabato -- remember that?)
I guess in a way this is the Internet company’s “first film”.
There are a number of graphic scenes: a man in the ICU after coronary bypass surgery, a woman after cancer surgery.  There is a Korean man on a bike trip, going through Nepal but talking about “unification” of Korea.  There are lots of scenes, especially early in the film, with a lot of family emotional intimacy.
There is a wonderful scene where a good looking young gay man, in shorts and minimal tanks, talks on the phone in his NYC apartment and comes out to his parents.
At the end of the film, a young woman filming a thunderstorm near the oil rigs off the coast of Scotland wonders “what happened today”.
Here is National Geographic’s site.
The "spirit" of this effort reminds me of the 48 Hour Film Project, although it was not affiliated with that.
I saw this at the 3 PM show on a Monday afternoon at the West End Cinema in Washington DC and it was fairly well attended for a weekday.  The film seemed to run about 100 minutes.
Picture: not from film, a party (a disco party could get into a film like this).
Posted by Bill Boushka at 8:41 AM