"If a Tree Falls": Is eco-vandalism more than that? Documentary from the POV of a man who goes to jail for his gradual involvement 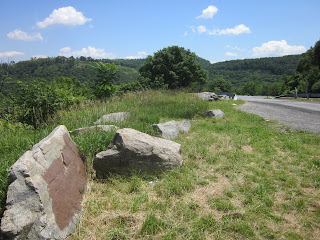 As I’ve written before, in my “coming of age”, I witnessed some of the indignation of the radical Left. I was adventurous enough on July 31, 1971 to take pictures on a strip mine in West Virginia before getting stopped and almost arrested by mine officials (I was given a “tour”).  But I was a long way from what happens in “If a Tree Falls: A Story of the Earth Liberation Front”, directed by Marshall Curry and Sam Cullman, from Oscilloscope Films, Tribeca, Sundance and POV (apparently for airing on PBS).
The filmmakers frame their narrative around the story of Daniel McGowan, a former track star who grew up in Brooklyn and then Queens, but who drifted into “protest” as a young adult, seemingly out of lack of personal initiative.  Most of the film takes places as he awaits meetings with prosecutors and then a plea bargain. Four years after moving to New York and going to work in public relations for an NGO, he is arrested a work after a United States Attorney in Oregon had conducted an undercover investigation by one of the ELF members who turned states evidence and wore a wire, tricking Daniel into talking one day at a party in Washington Heights in Manhattan.  The film portrays the horror of something like this happening after four years well.  But McGowan looks overweight and diffident in the film, from the early scenes with the brace around his ankle.  Yet, his life went on; he got married to a woman who knew he would go to jail (the deal was eight years in a supermax in Illinois).  The visual nature of film comes into play here in showing the demeanor and personality of the protagonist effectively, but it will not enlist everyone's sympathy.
In the mid and late 1990s, the EFL had come together gradually, and targeted assets of lumber and construction companies (and customers of theirs, like a ski resort) it believed had recklessly logged the Pacific Northwest for greed-driven profits.  An incident in Eugene, OR involving cutting down some city trees had triggered much of this, with the police using pepper spray on denuded demonstrators to bring them down.


The defendants, while guilty of enormous vandalism and targeting of people, say they never injured or physically harmed anyone, which they say distinguishes them from “true” terrorists. The US Department of Justice and at least one judge disagree.  The activists make the point, in a couple of places, that only coercion will make people see when they are doing "wrong" (in their view). What's interesting is the possibility that this gets applied to individuals when they have failures in personal "karma".
The film has a brief episode at the WTO demonstrations in Seattle in 1999, subject of a film "Battle in Seattle" reviewed here Sept. 21, 2008. The film also mentions mountaintop removal, and shows a quick look at the Kayford mine in West Virginia (CNN has a documentary on "The Battle for Blair Mountain", in W Va, Sunday).
The official site is here.
Posted by Bill Boushka at 8:37 PM