"Hurt" turns a tricky Arizona family drama into quasi-horror, with some social messages 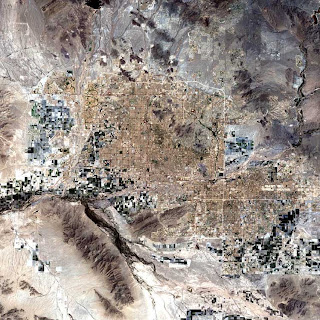 Midwestern and inland west indie filmmakers like to explore family drama, family secrets, and sometimes and admixture with horror, and such is the case with Barbara Stepansky’s “Hurt”, from High Treason Productions and Monterey Video Films.  One cast member calls the plot as about “the difference between a hand and a finger.”
The film does not star William Hurt (it could have), but has an interesting cast nonetheless. It’s set somewhere in the Arizona scrub desert. A family has been widowed (Helen Coltrane is the mother, played by Melora Walters) by a tragic highway "accident" (maybe not) and forced out of its “privileged” lifestyle – first social justice point of many to follow – and it moves (upon "invitation") into the junkyard “ranch” of the uncle Darryl (William Mapother, playing a role similar to that in the later “Another Earth”  (Jul y 31)) .
Pretty soon Helen is pressured (by the estate trustee lawyer) into taking in a mysterious "foster" child Sarah (Sofia Vassilievia).  A subtle element of the plot is that in this case the estate trustee is indeed an attorney and not one of the beneficiaries (maybe there is no wealth left anyway – clue) and can pressure the remaining family members into various channels of behavior (including raising OPC -- other people's children  -- a favorite theme in "progressive" film, indie or not).  That pressuring doesn’t always happen, but it may happen in some families – something to watch for.
After Sarah arrives, things go downhill pretty quickly. It’s not just that Sarah is suspected of the accidents and casualties, it’s that all the family members get into each other’s way and resent their loss of freedom and control.
The mood of the film, however, is somewhat that of a horror film – a horror from the psychological setup rather than the supernatural.
Singapore-born Jackson Rathborne is particularly “cute” as the stud-like Conrad.
The official site is here.
I was annoyed by the Monterey rental DVD in that the time watching previews could not be skipped (the first preview had a most tasteless title).
The film can be rented to watch on YouTube for $2.99, a “legal” option that I would recommend. (It’s not on Instant Play on Netflix, just DVD.)
Wikipedia attribution link for Phoenix aerial shot(my last visit was in 2000).
Posted by Bill Boushka at 10:13 PM