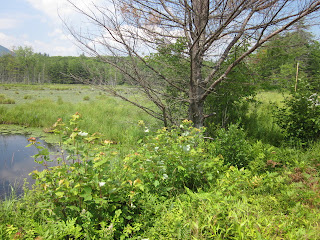 Since “parallel universes” seem to appeal to filmmakers now, I thought I would watch the 1981 MGM classic “The French Lieutenant’s Woman”, directed by Karel Reisz.  Netflix has a slightly abridged version for instant viewing only, with no DVD available. Harold Pinter adapted the screenplay from the layered novel by John Fowles.
The “parallel universes” are the fiction story set in Victorian England, and then a similar story in 1980 England, with the actors having affairs that mirror those in the backstory, although not exactly.  Jeremy Irons and Meryl Streep play the “couple” (s); in modern life, they have other relationships (as Mike, Jeremy’s character is married with kids). In the backstory, Charles has a fiancee but meets the outcast Sarah along the coastal cliffs, which develops into an affair.
Really, the most interesting part of the film is the beginning, where Sarah takes a “job” as a companion of a rich woman after her being widowed leaves her penniless.  She has to read the Bible to get the job. In a critical scene with Charles, she utters her famous line, “I’m hardly human; I’m the French lietenant’s whore”.
The landlady hates the French, too.
The film jumps back and forth, using little clues about the different technology. The first scene in the present day is initiated with a phone call.  Later, trains are compared (steam v. electric). What gets interesting is how seamless and interchangeable these “parallel worlds” become most of the time.
There are interesting undercurrents, such as discussions of Darwinism (Charles is a paleontologist).  The background score by Carl Davis contains what sounds like a passionate violin concerto, which is apparently original.  There is some Mozart and Bach in the score.
The “parallel world” concept plays out differently than in my own “do ask do tell” screenplay, where “reality” is on another planet or may be the “afterlife”, and the backstories include fiction by one of the characters interacting with his past “real life”. Then, strangely, he finds he can go back to his real life, with a twist.  Meryl Streep would be perfect for the “high school principal” in the back story of my screenplay.
Posted by Bill Boushka at 8:38 PM