"Cowboys and Aliens": It may take ET's to save us from ourselves 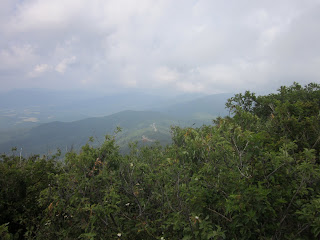 After Universal, Dreamworks, Image, and Relativity Media (Rogue) wave their corporate logos in front of us,  Jon Favreau’s “Cowboys & Aliens” (aka “Cowboys and Aliens”) starts out like a well-conceived psychological western, the kind we used to enjoy in the 60s (to the 90s).  I call to mind films like “MacKenna’s Gold” (with its “old turkey buzzard”), “Silverado”, “The Unforgiven”, with a touch of “She” (maybe even "Five Card Stud" and "Hang 'em High").  In fact, I recall “Open Range”, the last film I saw in Minneapolis in 2003 before moving back “home” to northern VA.  Daniel Craig, as Jake (aka James Bond), does indeed wonder about the strange wristwatch digging on him as he wakes up in a New Mexico canyon.  Pretty soon, we are in “town” (as in 1873), and Paul Dano (as Percy) is taking up a collection in a hat, meekly understating the fiery young preacher he had played so powerfully a few years back in “There Will Be Blood”.  Paul Dano (now 27) still values his youth.
When the spaceships come, the townsfolk act as if they were instruments of another kind of Indians tribe.  They really aren’t into metaphysical speculations as to whether “we are alone”.  The gimmick for a movie plot is clever enough, but then the film becomes routine stuff.  Percy (after being jailed with Jake and begging for his politically powerful father (Harrison Ford) to get him freed after “accidentally” shooting a deputy in a hotheaded moment), breaks free during the carnage but gets abducted, on camera.  And that leads us to a “problem” with the film. Many other townspeople disappear, too (they probably deserve it), but we don’t get to see what happens to them on the spaceship. True, Jake “gets it”, but I think the movie missed some major opportunities here. Or maybe not.  (But Percy is so “vulnerable” and like a “tender little baby”, as we used to say on the playground as kids.) The spaceship is not as interesting as comparable craft in many other ET movies.  The “climactic” scenes inside the craft are not on the level of even Rogue’s own “Skyline”.   And finally the craft meets the fate of the 1986 Challenger (spoiler, I know).
I wonder what M. Night Shyamalan would accomplish with this material? Perhaps he would take it too seriously.
Here is the official site from Dreamworks.

Having given a YouTube trailer right from the movie, I’ll now treat everyone pondering Fareed Zakaria’s suggestion that aliens could save us from economic depression, and if, as another YouTube video says, “Mark Zuckerberg is an alien”, then who really will save us from ourselves?  (He rarely blinks.)  (Video is on my TV blog May 16, 2011 in discussion of Lady Gaga, who also looks like an alien.).
I've reviewed "Battle LA" and "Skyline" on my disaster movies blog.
Posted by Bill Boushka at 8:22 AM