"A Better Life": (another) remake of "Bicycle Thief"; also a commentary on the cultural divide between "illegal immigrants" and US mainstream 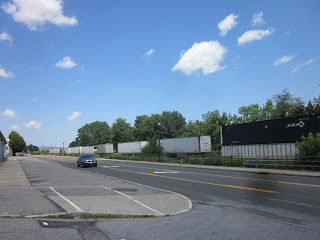 When we contemplate the illegal immigration issue, we often do not recognize the tremendous gap in culture and values among the Latino population affected and the polarized people already here in the US, so well noticed by conservative politicians (like Arizona governor Jan Brewer).
“A Better Life”, a new film by Chris Weitz (who starred in “Chuck & Buck”), lays all the “culture war cards” on the table. Carlos Galindo (Demian Bichir) plays an illegal immigrant who has been in the US for a number of years, working as a gardener and arborist in rich people’s estates around LA and Beverly Hills. He is raising a teenage son Luis (Jose Julian, who gives as compelling performance as another young actor), who has to balance street smarts and gang culture with adapting to living in western society. He does badly in school and skips, but is obviously smart and literate; his English is good and Carlos, as do all the grownups and teens in his community, accepts the idea that you hold together and remain loyal to your “natural family”. You don’t worry about following the laws and “rules” of the “bourgeoisie”.  You do what you have to do.  Life is not about you, it is about your place in a lineage. It is about survival, and it is about raising children who will have “a better life” than you. That’s what he wants for Luis.
The movie (about half of it in Spanish) shows life in the Latino community in LA graphically. Garden apartment complexes in East LA are shown as rotating waves of illegals in specific units, who all go out to the hiring halls every day for construction and gardening jobs.  One could make another movie about the operations that bring them here and put them up.
Now we can get into a discussion of the screenplay (Eric Eason, based on a story by Robert L. Simon).  On the surface, it resembles Vittorio Di Sica’s “The Bicycle Thieves” (or “The Bicycle Thief”), discussed here already July 21 in conjunction with a Truffaut movie.  A “friend” talks him into buying a truck, and he is able to start his own business (cash only, probably).  But then another acquaintance steals his truck while he is high up in a palm tree working.  That person sells the truck to send money to his family in Mexico.  See the values war?  Now, Luis, previously ambivalent, jumps to defend his dad, and the two go on a door-to-door hunt for the truck. Eventually they find it, “steal it back”, and get caught by the LA cops, and, guess what, Carlos will be deported. (Luis is apparently native born, which is another point of “a better life” for your kids.)
Summit Entertainment, now (like Lionsgate) a major player in the “large indie” market, is the distributor, and its own site rolls the movies; the best site is on Facebook, here. Summit has finally added music to its trademark.
Posted by Bill Boushka at 3:42 PM