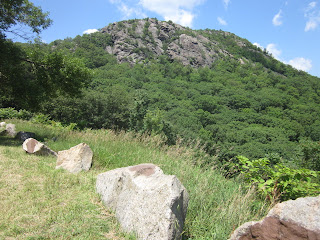 Tyler Perry’s “The Family that Preys” (Lionsgate, 2008) starts out as if it were to be a feel-good “family values” movie that could be shown at a GOP convention (not that the GOP is as pro-family as it pretends to be).
While Alice Pratt (Alfre Woodard) lives a simple Christian life while managing her diner. One daughter Pam (Taraji Henson) stayed in the path of the family business, but  the other daughter Andrea (Sanaa Lathan) has Shakespeare-style ambition. She’s married to an employee of the same construction company, Chris (Rockmond Dubar) who wants to start his own business, but starts an affair with their (white) boss (Cole Hauser). There will be biological consequences as well as romantic and business ones.
Pretty soon the plot explodes with the consequences, including an interesting HR scene about forbidden inter-office relationships, discussion of pre-nups, and then some inexcusable intra-family fist violence.
The film, populated mostly by lesser known cast members (except as below), tends to come across as life a “Lifetime” movie, and is not as bold as Tyler Perry’s later “For Colored Girls …”  (Nov. 11, 2010 here).
The film was shot in Louisiana (with recognizable attractions in New Orleans), Georgia  (the Atlanta skyline, worthy of CNN) and North Carolina.  As for making movies, the South is booming these days.
Kathy Bates is her usual matriarchal self as the “boss’s” mother and powerful lawyer, almost befitting a horror film.
Posted by Bill Boushka at 4:54 PM